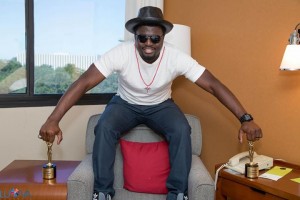 Claudio Oben[/caption] Fans may know him more as a talented actor and Claudio Oben’s  stock may soar even higher when his talents as producer go public with the world premiere of “The Portrait,” on September 5th in Largo, Md. Ahead of the premiere, the multi-talented , hardworking actor, and producer found time to answer a few questions from PAV on his latest film ,and perspectives on the African movie industry. Your latest movie “The Portrait” is set for its world premiere in the days ahead, can you tell us about this latest production “THE PORTRAIT” is a story about learning to love, appreciating our partners and the little things they do for us. What message did you seek to send to your audience with The Portrait?  The message I wanted to pass across with this film was for us to remember that we don’t know what tomorrow holds so, lets hold on tight to those we love, other than live with regret.   https://www.youtube.com/watch?v=PIiIc-y4hWs&feature=youtu.be Can you walk us through the cast of the film? Yes we have a very concentrated cast with the lead actress being Berlinda Nahbila who played Lucy, Kyle Burgess who played Jason Anthony, Debbie Hartner who played Jessie Anthony, and finally Winstina Taylor who played Dr. Taylor. 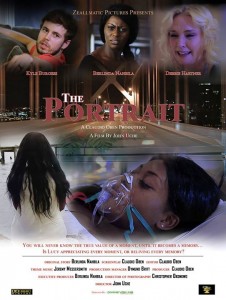 What were some of the challenges that you face in the production of The Portrait?  The main challenges producing “THE PORTRAIT” was mainly funding because being an independent filmmaker gets challenging getting locations, paying the actors and the entire management of the film. Claudio Oben is better known as an actor, how did you transition into production?  It was a fun transition for me because I have always been fascinated about how the craft of filmmaking goes. So that alone fuelled my obsession to get into production.   What is your overall take on movies produced by Africans, the talent is there, the market is there but people feel there is something still missing, you are a professional in the setting, what is still missing?  In a few words, what is missing in the industry this far is support and financing.  Support in the sense that we can do all the films but if we don’t the basic support from the community, them the question is why are we making these films. And for the financial aspect, making these films are becoming more expensive so the financial support from sponsors and potential executive producers so we can make these films the way the public wants to see them. https://www.youtube.com/watch?v=xSNjrcltCRQ&feature=youtu.be   As you become more established in the movies what lessons have you learned and what advice do you have for aspiring actors and actresses seeking to make a break through? Make every scene you are offered or you have to play your first and your last because you never know who is watching or who will catch interest in you craft. And never ever let anyone tell you, you can’t do it. Any additional information on the world premiere, where to get tickets and any other side events that would accompany the event? 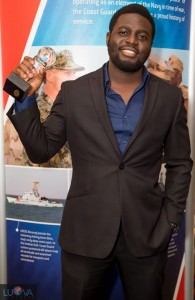 The event will be filled of fun I guarantee you. We will have various performances to say the least, from super talented artist in the DMV area. For the rest you will have to come attend to see for yourself. What next for Claudio Oben after The Portrait?  Two things: “CAPTIVE” the series and “WHO KILLED MARY JANE?” Good luck Sir and thanks for the interview It was great talking with you and hope to see you at the premiere.   The link to purchase the tickets is below: https://www.eventbrite.com/e/the-portrait-movie-premiere-tickets-17819328090?ref=estw]]>