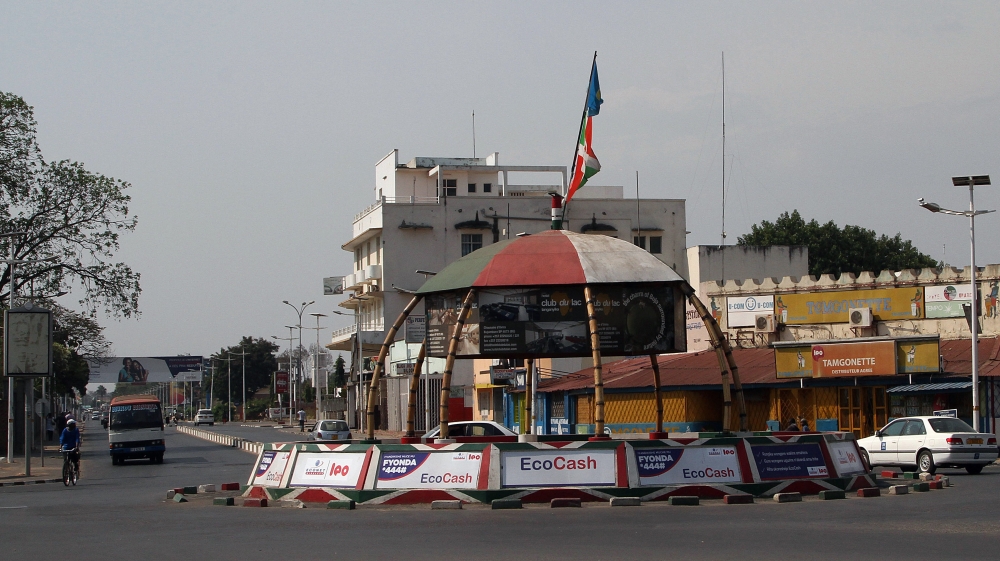 Unidentified attackers have shot and killed Burundi’s former army chief of staff in the second high-profile killing this month, amid chaos linked to the disputed re-election of President Pierre Nkurunziza.

Colonel Jean Bikomagu was shot dead outside his home in the capital Bujumbura in the morning as he returned from church, said a witness who declined to give his name, the Reuters news agency reported.

Bikomagu’s daughter, who was with him at the time, was seriously wounded and rushed to hospital.

A former Burundian security chief and close ally of Nkurunziza was killed in early August.

The next day, a prominent human rights activist, who openly opposed Nkurunziza’s bid for a third term in office, was shot and seriously wounded.

“Another black weekend in Burundi. Blackened by the assassination of a senior member of the Burundian army in retirement, Colonel Jean Bikomagu … Very sad, very shocking,” presidency spokesman Willy Nyamitwe said on Facebook.

Nkurunziza was re-elected in July to a third term, in an election opponents and Western powers said violated both the constitution and a peace deal that ended a civil war in 2005.

The witness and a relative described Bikomagu’s death as an assassination.

“He was in front if his gate, ready to enter his home, when a gunman who pulled out of the back of a motorcycle shot at him,” the witness said, according to Reuters.

“He was not killed by bandits and there was no money stolen, it’s something else,” said a relative who also did not wish to be named.

The office said that at least 96 people had been killed since the start of election-related unrest in April.

Ravina Shamdasani, spokeswoman for the UN human rights agency, urged all sides in the East African nation “to resume dialogue before the situation spirals completely out of control”.

Election-related violence has been especially frequent in Bujumbura, where the sound of gunfire is regularly heard at night.