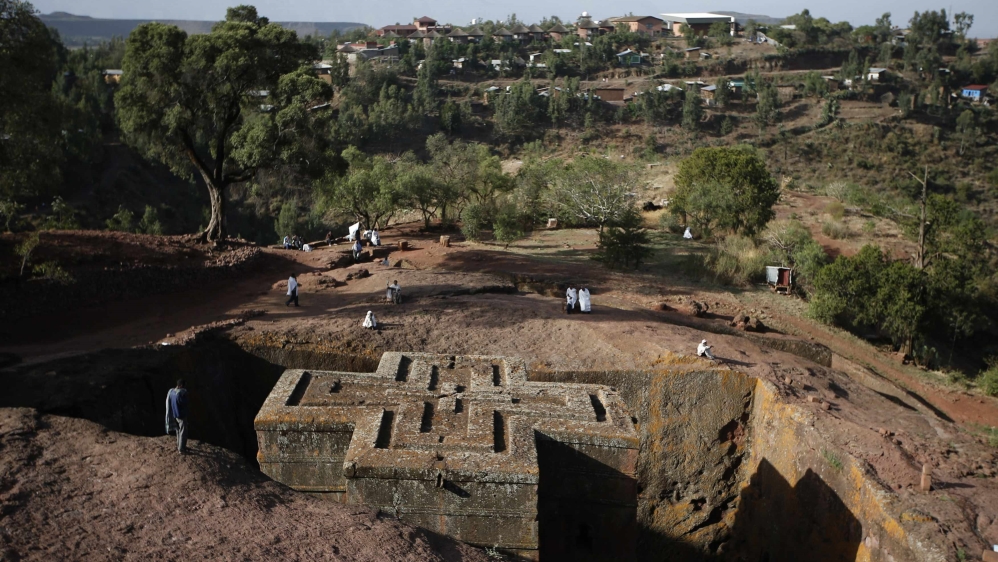 Conservationists are facing a race against time to prevent one of Ethiopia’s most sacred religious site from crumbling away.

The ancient churches of Lalibela in northern Ethiopia have been a place of pilgrimage for local Christians since they were constructed 800 years ago.

The 11 churches were carved out of the mountainside during the reign of the priest-king Lalibela, who hoped to give Ethiopians a place for pilgrimage inside the country and help them avoid making the dangerous journey to Jerusalem.

However, moisture is eating away at the structures and the sacred site is literally crumbling away.

The geological properties of the sites mean traditional tools and materials used to restore sites cannot be used. Instead, conservation experts are using improvised techniques to hold the structure together until they can strengthen it.

The methods include bandaging parts most at risk from rain damage until they can be treated.

The site was made a UNESCO world heritage site in 1978, but its importance to Ethiopian Christians extends beyond its archaeological importance. Many pray that the site will be preserved.