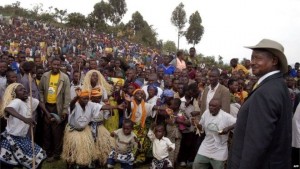 In our series of letters from African journalists, Joseph Warungu notices that as election fever sweeps across East Africa, politicians are peeping across the borders to see if there are lessons to be learnt from their neighbours:

In Tanzania, campaigning for the October general election began on Sunday. In Uganda, President Museveni and his National Resistance Movement are getting ready to battle it out with the opposition in the run-up to elections in 2016. While Rwandans are taking initial steps to change their constitution to increase the presidential term limit to three, across the border in Burundi President Pierre Nkurunziza is faced with dangerous tensions stirred up by his recent re-election. Here in Kenya, elections are still two years away, but it already feels like campaign season has begun. With all this election activity, it’s inevitable that the five countries comprising the East African Community (EAC) – Kenya, Uganda, Tanzania, Rwanda and Burundi will learn lessons from one another – both good and bad. For example, President Nkurunziza of Burundi learnt from Rwanda that it’s OK to seek a third term of office if the first two were short and sweet. But unlike Rwanda, where they’re planning a national referendum on the issue, Burundi’s leader forgot to ask the people if they were OK with it. Meanwhile in Uganda, President Museveni can’t see what all the fuss is about. By his thinking, if the people love you, it’s fine to clear away any obstacles that might prevent them from expressing that love, like for example, term limits, which were removed from Uganda’s constitution a decade ago. In Tanzania, the opposition has decided to learn a big lesson from Kenya. [caption id="attachment_20089" align="alignright" width="300"] 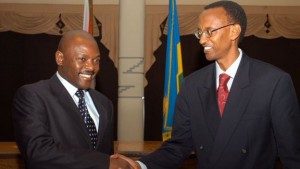 Has Burundi’s Pierre Nkurunziza (l) picked up tactics from Rwanda’s Paul Kagame (r)?[/caption] After trying and failing many times to remove President Moi and his ruling Kanu party from power, the Kenyan opposition figured that if they rallied behind only one presidential candidate, Kanu would fall. And sure enough in 2002, all the main opposition parties threw their weight behind Mwai Kibaki, under the national rainbow coalition. Kanu came tumbling down and President Moi went into retirement. Now, it’s Tanzania’s turn to try the same tactic. After weeks of discussions, the main opposition parties, who adopted the umbrella name of Ukawa, have finally agreed to support only one presidential candidate. His name is Edward Lowassa, a former prime minister in the ruling CCM party. Until recently, he could still be heard singing the ruling party’s praises, only to have a change of heart and join the opposition when his presidential ambitions in the CCM were frustrated. Mr Lowassa appears to have learnt survival skills from Amama Mbabazi in Uganda. Like Mr Lowasaa, Mr Mbabazi is also a former prime minister. Just as Mr Lowassa was a close ally of Tanzania’s President Jakaya Kikwete, Mr Mbabazi had been the right-hand man to Uganda’s President Museveni since the 1970s. And like Mr Lowassa, Mr Mbabazi was dropped as prime minister. So for both men, when their thirst for power could not be quenched within the party, they decided to seek a refreshing drink from outside. Mr Mbabazi has now said he wants to run for president as an independent candidate in the Ugandan elections, although his arrest in July while preparing to go and canvass support showed that any campaign he attempts is likely to be fraught with challenges. As its name suggests, the ruling National Resistance Movement in Uganda has a habit of resisting things. And people. Next door in Kenya, there’s lots of talk about what’s going on in Rwanda. Both countries are going to the polls in 2017. One Kenyan on social media, who opposed moves to clear the way for President Kagame’s third term, found himself personally rebuked by the Rwandan leader. Kenyans rushed to defend their insulted compatriot, using the hashtag #SomeoneTellKagame to launch their rebuttals. [caption id="attachment_20090" align="alignleft" width="300"] 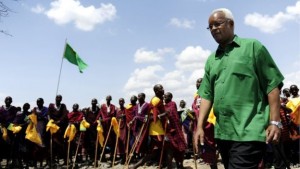 Tanzania’s Edward Lowassa (r) has abandoned the bright green colours of the CCM to join the opposition[/caption] Rwanda has welcomed Kenyan expertise in many sectors of its economy, but politics is one lesson it’s not too keen to learn from its neighbour, which has had its own serious problems when it comes to running elections. So, however much East Africans are listening to one another, it seems as though there are still many who are happy to ignore their neighbours and continue doing their own thing. *Source BBC]]>