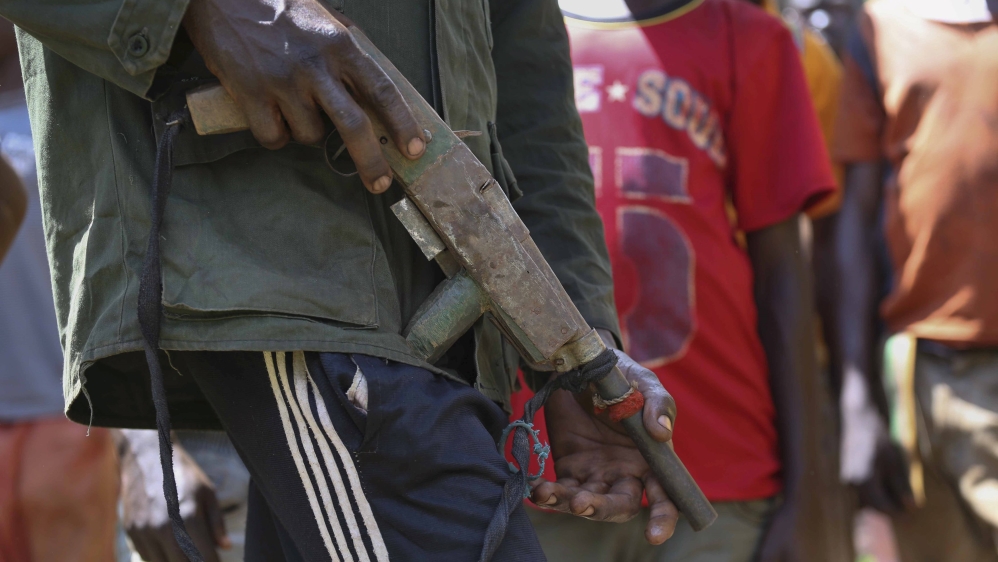 By Khaled A Beydoun

Muslims are only newsworthy when behind the gun, not in front of it.

Modern journalism continually reaffirms this baseline with regards to domestic crises and, perhaps even more so, international human rights calamities.

The systematic targeting of Muslims in the Central African Republic (CAR), a nation ravaged by strife since March of 2013, has devolved into massive scale ethnic cleansing.

However, few outside of the African nation and beyond the human rights community are even minimally aware of this humanitarian crisis.

In the past several weeks, armed militias have roved through the western part of the nation,intimidating and brutalising Muslims.

Anti-Balaka, a fundamentalist group comprised of animists and Christians, is forcing Muslims to worship in private, remove religious garb, and convert at gunpoint.

While the term fundamentalism seems reserved exclusively for Muslim actors, Christian and animist militias in CAR have brandished religious fervour in one hand, and endless rounds of ammunition in the other to terrorise the nation’s 750,000 Muslims – which make up 15 percent of the nation’s population.

Anti-Balaka’s aim is as plain as it is gruesome: rid the nation of its Muslim population. At any cost.

While the Islamic State of Iraq and the Levant (ISIL) remains in the headlines and at the tip of everyone’s tongue, the mere mention of anti-Muslim terrorism in CAR – which has claimed at least 6,000 lives, pushed 30,000 Muslims to live in UN protected enclaves, and left scores of mosques destroyed – remains a largely unknown menace.

This would not be the case if Muslims were the villains of the human rights atrocities in CAR, instead of victims.

This is most vividly highlighted by the genocides in Rwanda and Burundi in the 1990s, which was brought to the attention of the masses too late, and only garnered international sympathy a decade later with the popular film, Hotel Rwanda.

In recent memory, stories of black victimhood that have been actively covered by the mainstream media have centred upon either white heroes (the fleeting Joseph Kony craze), or Muslim villains (Boko Haram’s kidnapping of schoolchildren in Nigeria).

Or both, as was the case in Sudan, which framed American celebrities and organisations as interveners, saving “black Christians in the south” from “Arab Muslims in the north”.

Similarly, the media is quick to gravitate towards Muslim villains, but it is consistently slow – or wholly absent – when the victims are Muslim.

This is duly illustrated by ISIL’s ubiquity in global headlines, coupled with the failure to illustrate the fact that its greatest victims – by a far stretch – are Muslims.

Unfortunately, the victims in CAR are both black and Muslim, and therefore, occupy an extremely vulnerable intersection where both dimensions of their identity are linked to villainy instead of victimhood.

Stuck between an anti-black animus and Islamophobia that underlies and frequently drives media coverage, the unseen and unheard plight of CAR Muslims results from believing black Muslim bodies as incapable of victimhood.

Media coverage, particularly within the most prominent outlets, means far more than simply highlighting and sharing a story.

For an international crisis, like the events in CAR, coverage means generating global consciousness that would spur political mobilisation, fundraising, and pressure on governments to act.

This is particularly true with the emergence of social media, which, when discursively viewed as being distinct and separate from traditional media, is typically energised by headlines featured in the latter.

Media outlets may fashion themselves as objective bystanders, but they are functionally key actors in unfolding crises.

Robust and active media intervention can check the actions of culprits and prompt humanitarian rescue, while neglect facilitates, and indeed emboldens, the aims of terrorists. The CAR case vividly illustrates the latter.

Anti-Balaka forces have benefited immensely from the lack of coverage. Their numbers have grown, and their violence is ever increasing in severity.

In addition to compelling Muslims to convert and decimating mosques, reports about Muslims paying anti-Balaka militants large sums of money to spare their lives are widespread.

Anti-Balaka militants intensified their killing and forced-conversion spree during this past Ramadan, which proved dangerous, and even fatal, for CAR Muslims fasting, praying, and openly observing the holy month.

Cameras and reporters flocked to Rwanda when it was far too late. When they arrived, the genocide had claimed virtually all of its targets.

Since then, scores of scholars, human rights advocates, statesmen and stateswomen have argued that timely media attention could have created the pressure needed to spur more comprehensive humanitarian intervention.

Thousands upon thousands of lives, and future generations of Tutsis, could have been saved.

As highlighted in CAR, lessons from Rwanda have not been heeded, exposing its diminishing and imperilled Muslim population to unspeakable violence and arming its anti-Muslim militias with the green light to continue the killing spree.

But since Muslims are in front of the gun instead of brandishing it, this story will continue to be sidelined from the headlines.

Khaled A Beydoun is an assistant professor of law at the Barry University Dwayne O Andreas School of Law.