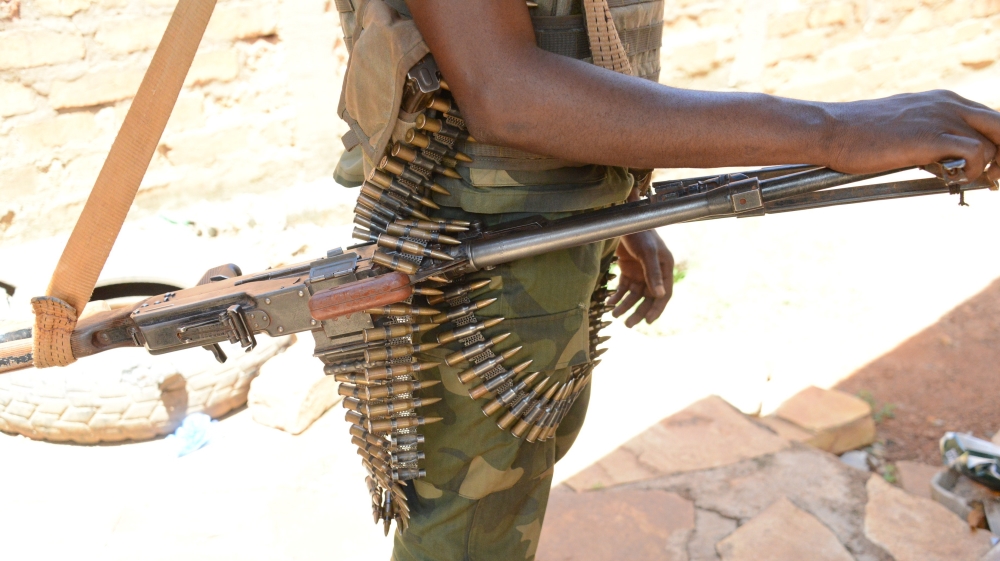 Around 5,000 people have fled from their homes in Bambari following clashes between rival militias over the past few days, demonstrating how fragile the situation in the Central African Republic (CAR) remains ahead of next month’s presidential election, the UN refugee agency has said.

The latest flare-up in Bambari erupted after a 19-year-old Muslim was beheaded by fighters on August 20, according to the UNHCR.

In a town hit hard by violence, the new set of clashes around Bambari prompted the escape of almost 5,000 people in recent days, seeking shelter at the UN’s nearby base.

“We cannot say the country is at peace – because the events in Bambari show how fragile the situation remains,” Dalia al-Achi, spokesperson for the UNHCR, told Al Jazeera on Friday.

“They are living in a [former] cotton factory [at the UN base] where there is no sanitation, lights or any infrastructure. It is not fit for living,” she said.

On Friday, Diane Corner, deputy Special Representative of the United Nations Multidimensional Integrated Stabilization Mission in the Central African Republic (MINUSCA), said in a tweet that 5,000 people had been displaced and that the protection of civilians remained the mission’s top priority.

With just over a month left before presidential elections are held in the country, experts are not convinced the country would be able to host credible polls.

More than one million people have been displaced since Muslim-led Seleka rebels took the capital, Bangui, in March 2013.

Following a spate of abuses by the Seleka, vigilante groups known as anti-Balaka (anti-machete), made up of animist and Christian fighters, emerged to fight off the new leadership.

They also targeted the country’s Muslim minority, seen as sympathetic to the Seleka.

The country has been run by a transitional government since January 2014, after the Seleka were forced out of the capital.

Over the past five months, thousands have been returning to CAR as the situation in the country was seen to be improving, but the recent violence is likely to undo a lot of the efforts being put into rebuilding the nation.

“More than half the districts of the Central African Republic continue to be controlled by the Seleka coalition and its allies, who have not allowed a return of the national administration to the areas they control,” Peter Bouckaert, emergency director at Human Rights Watch, said.

Bouckaert told Al Jazeera that the bloodshed may have reduced over the last twelve months, but attributed the drop in violence to the fact that most Muslims had been “forced to flee [and] not because the war is over”.

Bouckaert said that despite the obvious weaknesses of hosting presidential polls under the current conditions, the EU and France continue to push for the elections.

“The danger is that they see a quick and flawed election as an excuse to once again abandon the Central African Republic, with a claim that the country will then have made a ‘democratic transition’,” Bouckaert said.

“A very large percentage of the population, particularly Muslims living in refugee camps in Chad and Cameroon, but also many rural people, have not even been registered to vote yet, and preparation for a national vote has been minimal,” he said.

The UN says more than half the country’s population are still in need of aid, while 1.5 million people were affected by food insecurity.

In early August, the UN said that only 31 percent of the humanitarian appeal for the CAR had been secured. Aurelien Agbenonci, the UN’s humanitarian coordinator in CAR, told Al Jazeera at the time that if more support was not forthcoming, the UN “won’t be able to continue humanitarian activities till the end of the year”.

The post Clashes force 5,000 to flee after beheading in CAR appeared first on African Media Agency.