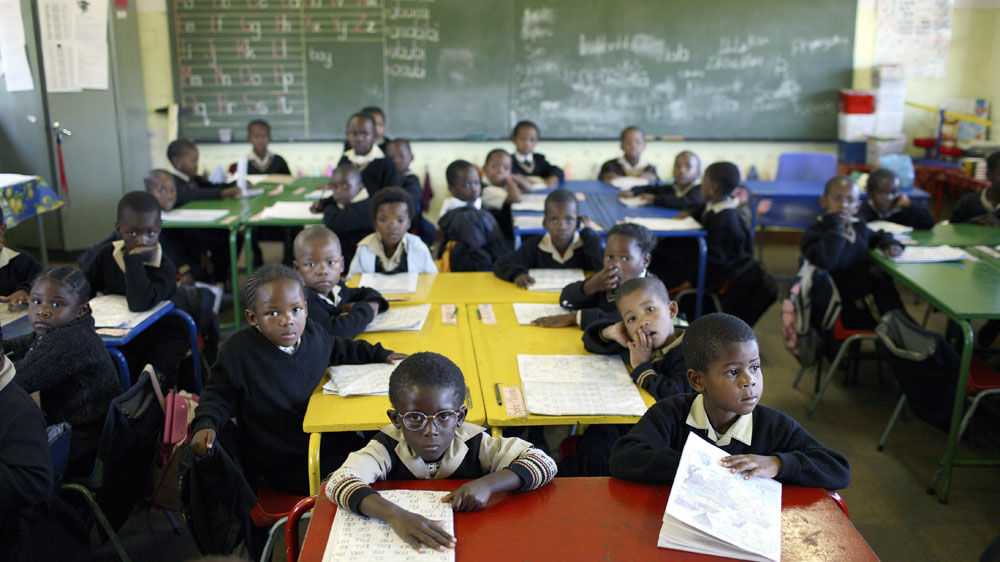 China is helping to fund a South African programme to introduce Mandarin into the national public school curriculum as an optional language in 2016, officials have said.

A leading expert in Sino-Africa relations said the move will be a game changer in the country’s dealings with China, but the plan has also run into criticism, with the South African Democratic Teachers’ Union (SADTU) describing the programme as “tantamount to a new form of colonisation”.

The Department of Basic Education confirmed that China will train hundreds of South African teachers and build three Confucius Institutes in a bid to promote Chinese culture.

Sanusha Naidu, a senior researcher at the Institute for Global Dialogue in Cape Town, told Al Jazeera that burgeoning South Africa-China relations demanded that South Africa “starts investing in its own citizens in the interest of its long term strategic goals with China”.

“It will have a long term benefit, and it will inform our policy, to have our own people negotiating with China … it has been an issue in the past, where Chinese translators would negotiate on South Africa’s behalf,” she said.

“If you look at the relations between China and South Africa, this move to introduce the language at the foundation stage is logical, it also conforms to global public trends.”

Naidu’s comments come a day after a government official told reporters that South African state schools would introduce Mandarin lessons next year in a bid to bolster cultural relations with China.

Elijah Mhlanga, spokesperson for the Department of Basic Education, said the Chinese-sponsored initiative would aim to teach Mandarin to “as many people as far as practically possible”.

But the SADTU’s general secretary, Mugwena Maluleke, told local radio station PowerFM, that the union would “not welcome the imposition of Mandarin in our schools”.

The union’s general secretary said introducing Mandarin would not raise the level of education and that it was still in the best interests of the country to prioritise mathematics and science in childrens’ mothertongues.

“We will prioritise African languages in order to build social cohesion,” the secretary-general told PowerFM.

Mhlanga, the spokesperson for the Department of Basic Education, told Al Jazeera that his department was startled by the opposition to the optional Mandarin classes in schools.

“If you go to the country’s National Development Plan (NDP), our guiding development document, it says we we need to strengthen our relations with countries in the BRICS group,” he said, referring to the acronym for the five emerging world economies, Brazil, Russia, India, China and South Africa.

“We have put aside of R1bn ($80m) for math and science in our schools. We are not doing that with Mandarin. We have introduced compulsory African languages in our schools, so it cannot be compared,” Mhlanga said.

Paul Tembe, a research fellow at the Centre for Chinese Studies at Stellenbosch University, says critics of the plan are “still looking at China with the eyes of yesterday”.

“If the government did not act now, we would have a generation of scholars from private schools learning Mandarin and it would leave everyone else in public schools behind…. Learning Mandarin would help people access the public good and future opportunity,” Tembe said.

“We are in the 21 st century and we need to respect China’s dictum that they are not into expansionism and we shouldn’t treat them as imperialists.”

In 2009, China became South Africa’s largest trading partner but there have been many concerns that the trade terms have largely benefited China.

“If we consider China as a resource than it is viable to introduce Mandarin at this point, it doesn’t matter who is paying for it,” Tembe said.