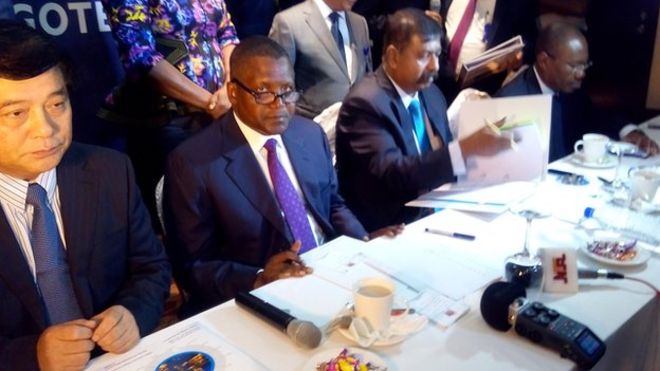 China’s Sinoma will build seven plants across the continent and one in Nepal. The new factories will add around 25 million tonnes to the firm’s existing cement capacity of 45 million tonnes. Mr Dangote’s company also produces food, fertiliser and is investing in oil refineries. He is keeping a close eye on China’s economic problems and the ensuing lower oil price. “Of course we are affected,” he said, “but we are not badly affected because we are not 100% in oil. “We are a fully diversified company. So today if oil is doing [badly] it doesn’t mean we are doing [badly] and that’s the good thing about diversification.” Africa’s economies have been hit hard by the fall in commodity prices but many are seeing a boom in infrastructure, for which cement is vital. *Source BBC]]>
0