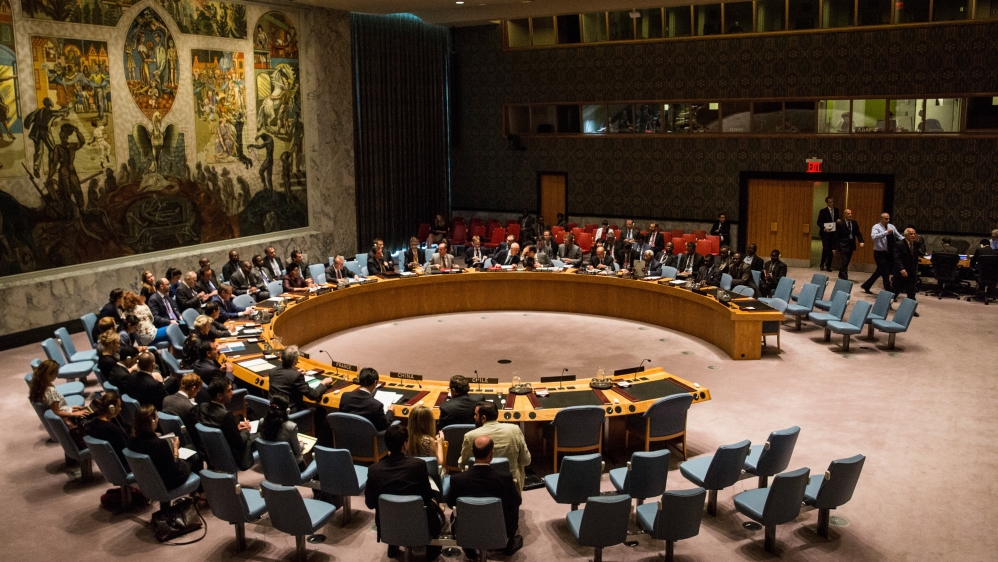 The UN Security Council has welcomed the signing of a peace agreement aimed at ending South Sudan’s civil war while warning that it remains ready to impose an arms embargo on the country if the
deal collapses.

The 15-nation council’s statement comes as South Sudanese rebels and the army accuse each other of attacks that appear to undermine the fragile peace deal that President Salva Kiir reluctantly signed just days after the rebel side accepted it.

“The Security Council acknowledges that this agreement is the first step in reversing the difficult political and economic situation, and humanitarian and security catastrophe resulting from this crisis,” the council said on Friday.

The council said it “calls upon the parties … to fully implement the agreement”.

The statement included a threat to anyone undermining the agreement.

It spoke of the council’s “readiness to consider appropriate measures … including through the imposition of an arms embargo and additional targeted sanctions.”

Security Council diplomats say they are prepared to move on a US-drafted resolution that would implement an arms embargo if the peace deal falls apart.

It could also add additional individuals to a UN blacklist.

Oil-rich South Sudan plunged into civil war in December 2013 when a political crisis prompted fighting between forces loyal to Kiir and rebels allied with his former deputy Riek Machar.

Kiir, who has led South Sudan since it seceded from Sudan in 2011, last week asked for more time for consultations but was given a two-week deadline to sign or risk UN sanctions.

He ended up signing the deal but noted that he had reservations. Machar had signed it first.

Al Jazeera’s Anna Cavell, reporting from the capital Juba earlier this week, said the sealing of the deal was potentially very important and could change the lives of hundreds of thousands of people affected by the civil war.

“However, some of the top commanders have split from [rebel leader] Machar, and they say the peace deal means nothing to them, so … it does not mean that it would end the fighting,” she said.

Fighting has killed thousands of people and displaced more than 2.2 million in South Sudan, 500,000 of whom have fled the country since the civil war began.

Many rely on aid to survive.

A report by a UN panel of experts, made public on Tuesday, said both sides in the conflict have targeted civilians.

It also said “the intensity and brutality of the violence” since April has been the worst in an “exceedingly violent conflict”.

The UN said that young girls have been raped and burned alive.

At the same time, South Sudan’s public debt has climbed from zero at its independence in 2011 to $4.2bn as of June.

The UN panel’s report said the panel has started to investigate “the financing channels used by the government and the opposition to prosecute the war and into those individuals and entities who gain financially from the continuation of the conflict”.