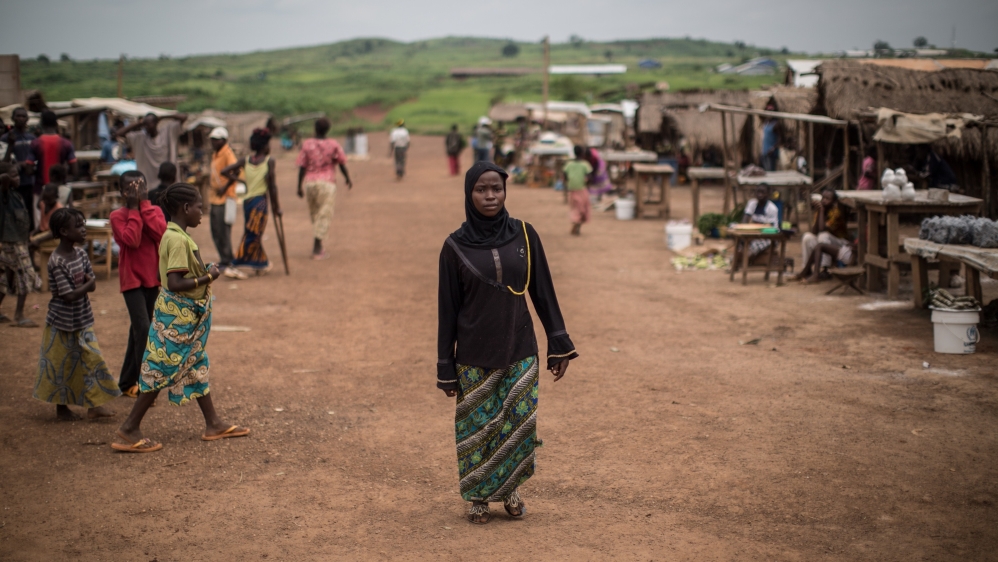 With just over a month left before presidential elections are held in Central African Republic, experts and humanitarians are concerned that time is running out for authorites to create a representative voters roll in the country marred by ongoing conflict.

David Smith, an advisor to the Institute of Security Studies (ISS) in Johannesburg, told Al Jazeera that failure to include people in rural areas or refugees currently in Chad and Cameroon in October’s vote, “would take a problematic election and make it very flawed”.

“So far, it is only people in the capital, Bangui, that have been put on electoral roll … most people are in rural areas and they have one month to put it all together,” Smith said, adding that if “these elections are to be remotely legitimate, refugees would [also] have to vote,” Smith told Al Jazeera on Tuesday.

Smith’s comments come days after the United Nations Security Council said it was “absolute priority” for the election on October 18 to be an inclusive one.

The country’s transitional government, in power since January 2014, issued a draft electoral bill on June 30, saying that refugees who wished to vote had to first return to the country.

On 22 July the country’s highest court overturned the decision by the transitional parliament but it is still not clear when the government will repeal on the electoral bill.

According to the UN High Commissioner for Refugees (UNHCR), around 10 percent of the country’s population have been forced to flee and said they were “alarmed” with the decision.

“Citizens should not be denied their right to vote based on logistical grounds,” Dalia al-Achi, from the UNHCR in Bangui, said.

On Monday, it was suggested that former president Francois Bozize would return from exile to contest in the presidential election, two years after he was unseated from power.

The Seleka government that succeeded Bozize has accused him of crimes against humanity and incitement to genocide. He also faces UN travel and banking sanctions.

Smith told Al Jazeera that it would suit Bozize if Muslims would not be able to vote.

“To not allow these people to vote, would be to say that most Muslims of CAR should not take part in choosing the next president,” Smith said.

In July, Amnesty International said more than 30,000 Muslims were still living in seven protected enclaves around the country, amid continued instability in the country.

Targeted attacks have resulted in a massive exodus of the Muslim and Fulani communities from CAR, with the communities still largely under threat from anti-Balaka militia.

The anti-Balaka, made up of Christian and animist vigilantes, have specifically targeted the country’s Muslim minority, seen as sympathetic to the Seleka rebels who took over the country briefly in a coup in 2013.

“One of the root drivers of this conflict was the marginalisation of the minority Muslim community, and so in order to address that underlying issue, every effort should be made to incorporate them into the political process,” Rachel Sullivan of The Project CAR, at the Conflict Resolution programme at Georgetown University in Washington, said.

Sullivan agrees that the process needs to be balanced with time constraints, meaning that creating a safer election will “take more time than is available for this particular election”.

Since 2013, the Central African Republic has been dogged by violence perpetuated by so many different actors in the country.

Experts argue that the lack of spectacle in the country was deceptive. In the battle for eyes and ears, with ongoing trouble in Burundi, South Sudan, and northeastern Nigeria, CAR was simply not receiving the attention needed.

“The CAR is different from Burundi and Nigeria – it has really never had a government that has power outside the capital and has never had a functioning government,” Smith said.

“There are a lot of battles taking place and there is no peace or stability. This is a country that does not have a functioning security service, police or army; its still the man with the biggest gun that rules.”

Last week, Aurelien Agbenonci, the UN’s humanitarian coordinator in CAR, told Al Jazeera that if the shortfall for aid was not met, the UN “won’t be able to continue humanitarian activities till the end of the year”.

Only 31 percent of the UN humanitarian appeal for the CAR has been secured, the UN said.