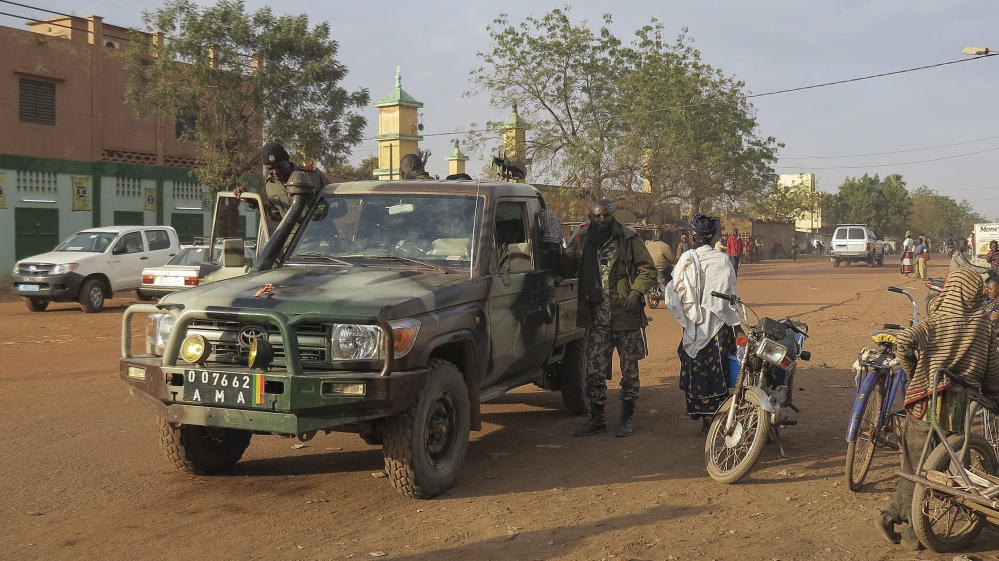 Captives held by gunmen during a standoff at a hotel in central Mali have been freed overnight and at least five foreigners evacuated from the site, according to Malian military sources.

The hotel was stormed by the armed men in an attack on Friday that left at least seven people dead, including a UN contractor.

“We cannot say that everything is finished, but a number of hostages” were freed by Malian forces deployed around the Hotel Byblos in Sevare, a source said early on Saturday, according to the AFP news agency.

“Work continues, it is not over,” the source said, without elaborating.

Another source said Malian Special Forces had rescued the hostages, including five foreigners “who were evacuated to Bamako”. The source was unable to specify their nationalities.

The governments of Russia and Ukraine confirmed earlier they each had a national among the hostages.

Some members of the UN peacekeeping mission (MINUSMA) were also staying in the hotel, the government said.

The attackers had stormed the hotel, frequented by foreign visitors and troops, in Sevare about 620km northeast of Bamako, the capital, at around 7am (07:00 GMT) on Friday, according to the government.

Malian forces cordoned off the area but their efforts against the gunmen were made “sensitive” by the presence of hostages, explained a military source.

It was not clear how many people were being held in the hotel by the attackers.

The government statement on Friday evening gave a provisional toll of “five dead, two injured” on the Malian army side and “two killed” on the other side. Seven suspects had been detained, it added.

MINUSMA said “a member of MINUSMA’s associate international staff” was killed in the “terrorist attack,” without giving the victim’s nationality. It was not clear if that death was included in the government toll.

The UN mission said the initial target of the attack was a Malian military site.