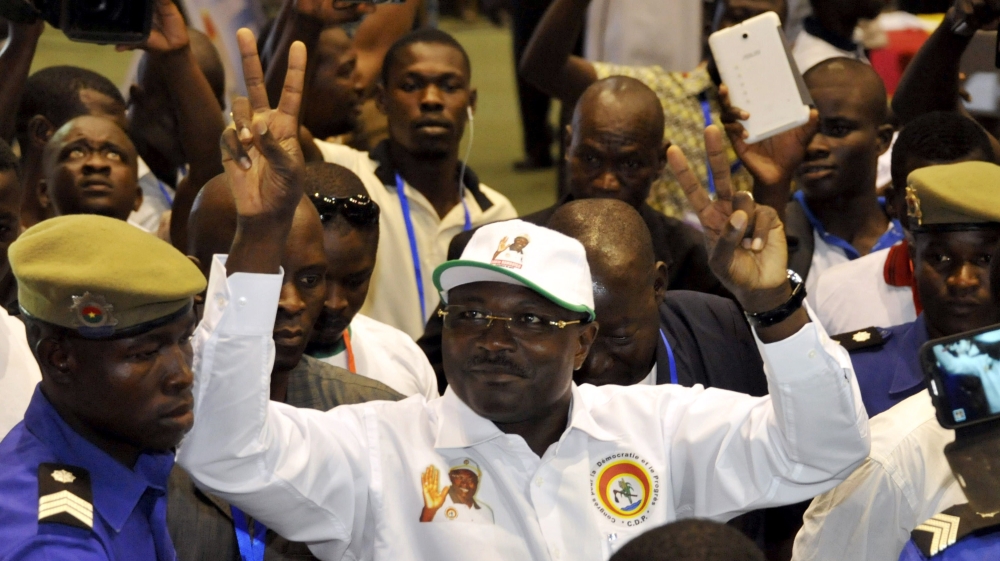 Burkina Faso’s Constitutional Council has rejected the chosen nominee of the ousted President Blaise Compaore’s party prompting threats of a boycott of the presidential elections slated to be held in October.

Eddie Constance Konboigo, head of Compaore’s Congress for Democracy and Progress party, was among six candidates barred from running on Saturday, along with Gilbert Noel Ouedraogo of the ADF/RDA grouping that was allied to the former leader’s administration.

The council provisionally cleared 16 other candidates to contest the polls.

Compaore was toppled in October last year and fled into exile in Ivory Coast after a popular uprising triggered by his attempt to extend his 27-year rule.

Hundreds of thousands of demonstrators took to the streets in protests that were brutally suppressed, leaving several dead.

A transitional government is running the country until presidential and legislative elections, the first round of which will take place on October 11.

Konboigo called the decision a move to “exclude” his party based more on politics than the law.

“We dispute the decision of the Constitutional Council … We will denounce it but we will comply,” he continued, calling the youth of his party to “avoid confrontation”.

The final list of presidential candidates will only be published after the deadline for appeals runs out on September 6. Only those candidates who made the provisional list can contest the candidacy of a rival.

The Council had also declared 52 people ineligible to run for parliament over their support for Compaore’s bid for a third term.