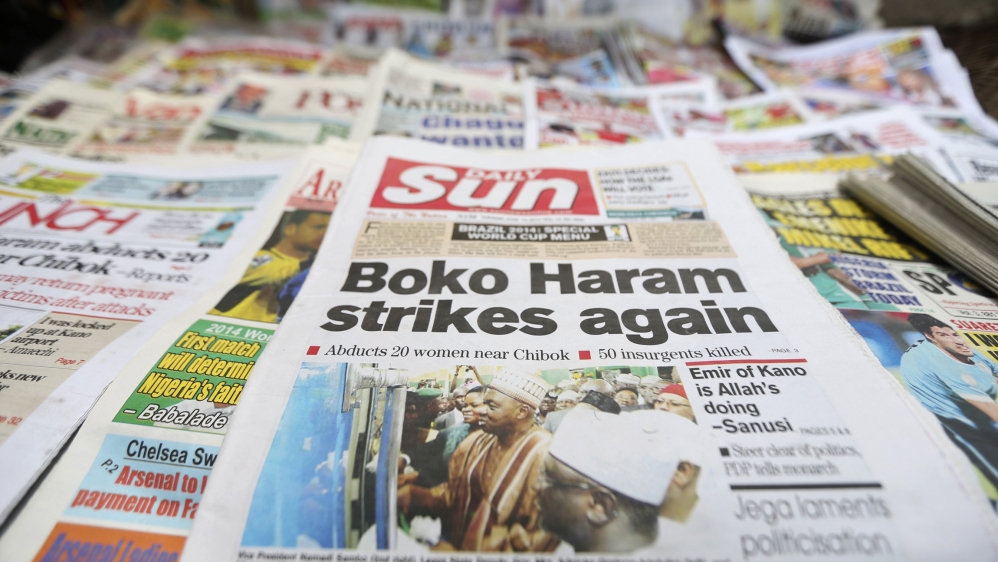 Fraught with logistic and security concerns journalists have struggled to report on Boko Haram’s insurgency in northern Nigeria.

Since 2009, around 17,000 people have been killed as the armed group battles the central government.

Both sides have been accused of human rights abuses, but with a deteriorating security situation – journalists have struggled to speak to the victims and file stories directly from the ground.

And as most of the region’s telecom infrastructure has been destroyed, journalists have had a limited choice as to where to get their information: Boko Haram’s propaganda machine or official press releases from the government.

Amid these gaps in the story – the public is not getting the information they deserve.

The Listening Post’s Nic Muirhead travelled to Nigeria to talk to news editors and reporters about the challenges they face covering the story of Boko Haram.

The post Boko Haram and the media appeared first on African Media Agency.