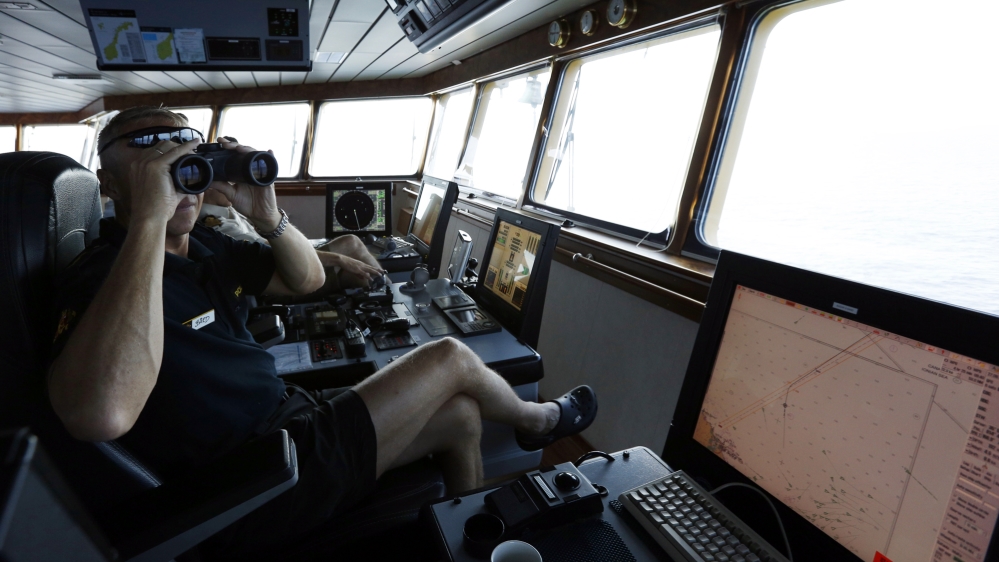 A boat reportedly packed with people from Africa and South Asia bound for Italy has sunk off the Libyan coast, raising fears that dozens have died.

A security official in the western Libyan town of Zuwarah, from where the overcrowded boat had set off, said on Thursday there had around 400 people on board.

Many appeared to have been trapped in the cargo hold when it capsized.

By late in the evening, the Libyan coast guard rescued around 201, of which 147 were brought to a detention facility for illegal migrants in Sabratha, west of Tripoli, the official said, asking not to be named.

Another local official and a journalist based in Zuwarah confirmed the sinking but also had no information on casualties.

The people on board had been from sub-Saharan Africa, Pakistan, Syria, Morocco and Bangladesh, the security official said.

The Italian coastguard, which has been coordinating rescue operations with the European Union off the Libyan coast, could not confirm a sinking.

Zuwarah, Libya’s most western town located near the Tunisian border, is a major launchpad for smugglers shipping migrants to Italy.

Cross-border smuggler networks exploit the country’s lawlessness and chaos to bring Syrians into Libya via Egypt or nationals of sub-Saharan countries via Niger, Sudan and Chad.

More than 2,300 people have died this year in attempts to reach Europe by boat, compared with 3,279 during the whole of last year, according to the International Organisation for Migration.

As many as 50 refugees were found dead in a parked lorry in Austria near the Hungarian border on Thursday.

Libya has been struggling to cope with an influx of foreigners, putting them in overcrowded makeshift detention facilities such as schools or military barracks where they live in poor conditions lacking medical care.

The North African country used to deport people it caught but with fighting between armed groups having cut off land border crossings to Niger, Algeria and Chad many stay months or years in detention facilities.