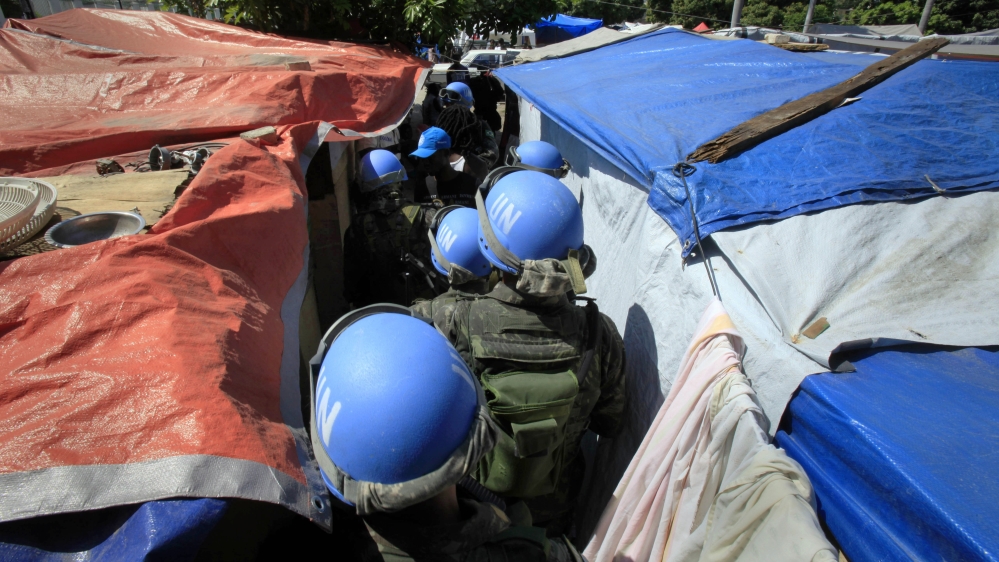 Their job is to protect the most vulnerable people in what are often impoverished and war-torn regions of the world.

But the UN’s peacekeepers are facing serious allegations of wide-spread sexual abuse, exploitation and gross misconduct.

The latest is in Central African Republic, over the killing of a teenager and his father, and the alleged rape of a 12-year-old girl.

UN Secretary General Ban Ki-moon says he is “angered and ashamed” by the allegations and described them as “a cancer in our system”.

There are around 118,000 military, police and civilian staff involved in UN peacekeeping.

They work across 16 missions.

The operations spread from Haiti, Africa, Kosovo, Cyprus, the Middle East and across to India and Pakistan.

Military and police personnel have been contributed from 128 countries.

On Inside Story we ask are UN peacekeepers doing more harm than good?

And who holds them accountable?