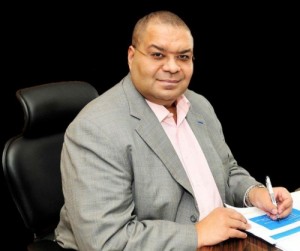 Andrew Alli, PDG d’AFC[/caption] Africa Finance Corporation (AFC) is pleased to announce its acceptance of a US$50 million 15 year line of financing, with a 13 year six month repayment period, from the Islamic Development Bank (IDB). The funds will be used to finance projects located across the numerous African IDB member countries.  The projects will be structured in a way that is compliant with Islamic Finance, focusing particularly on infrastructural and agricultural projects that promote the economic and social development of the communities concerned. This is AFC’s first Islamic finance borrowing and is the result of several years of increasing cooperation and collaboration between the two institutions.  AFC initiated discussions in 2009 and a Memorandum of Understanding was later signed with the Islamic Corporation for the Development of the Private Sector (ICD), the private sector arm of the IDB Group. Building on this groundwork a team from the IDB visited AFC in 2014, following the reaffirmation of AFC’s international credit rating of A3/P2 by Moody’s and based on several more years’ track record in landmark project financing and development. AFC’s involvement in projects such as the Bakwena Toll Road, a transport infrastructure development which has connected South Africa’s industrial heartland to the nearest deep water port in Mozambique, were instrumental to the success of the corporation’s application. Andrew Alli, President and Chief Executive Officer of AFC, commented on the announcement: “As AFC’s first Islamic Finance loan, this agreement represents an important step for the corporation.  The Islamic finance sector is responding to high demand and rapidly expanding, with a large number of Islamic finance institutions establishing operations here as a result of Africa’s significant Muslim population. There is enormous growth potential within this industry. “We intend to fully utilize the loan and capital to fund and develop projects within IDB member countries, several of which are also member states of AFC.  It is with loans such as these that AFC can continue to improve the quality of the continent’s infrastructure and with it help to boost Africa’s economic growth.” As well as providing important financing for the corporation’s activities, AFC’s agreement with the IDB establishes an important, intercontinental relationship, which will hopefully lead to further collaboration between African and Middle Eastern institutions in the future. 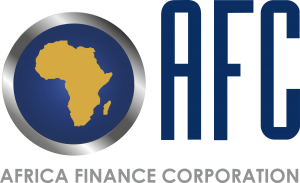 AFC, an international investment grade multilateral finance institution, was established in 2007 with a capital base of US$1 billion, to be the catalyst for private sector infrastructure investment across Africa.  With a current capital base of US$2.9 billion, AFC is now the second highest investment grade rated multilateral financial institution in Africa with an A3/P2 (Stable outlook) rating from Moody’s Investors Service. In May 2015, AFC successfully concluded a debut US$750 million Eurobond issue which was 7x oversubscribed and attracted investors from Asia, Europe and the USA. AFC’s investment approach combines specialist industry expertise with a focus on financial and technical advisory, project structuring, project development and risk capital to address Africa’s infrastructure development needs and drive sustainable economic growth. AFC invests in high quality infrastructure assets that provide essential services in the core infrastructure sectors of power, natural resources, heavy industry, transport, and telecommunications. AFC has become the benchmark institution for private sector power project development and investment in Africa. *Source AFC/APO]]>