Figures presented at a seminar on women, peace and security recently showed that several African countries are making good progress in transforming the military and including women, when compared to worldwide figures. But there still needs to be political will at the highest level to take issues of gender equality beyond mere representation

Increasingly, women are stepping up to the plate in peacekeeping missions and in police and armed forces across Africa. 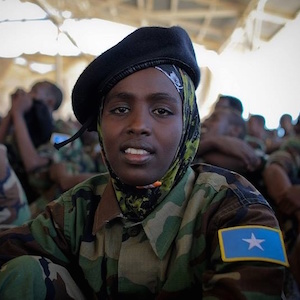