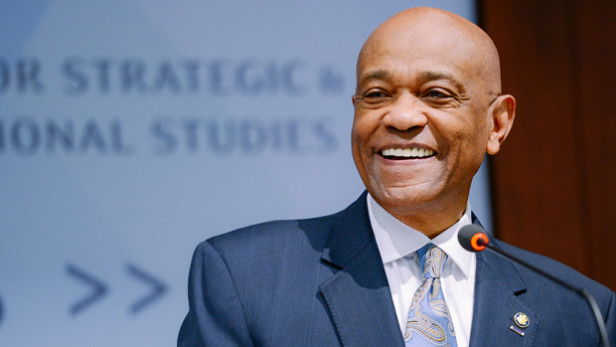 Alfonso Lenhardt[/caption] WASHINGTON, D.C. – U.S. Agency for International Development (USAID) Acting Administrator Alfonso Lenhardt announced the U.S. Government’s plans to provide an additional $266 million to help West African countries address critical gaps caused by the Ebola outbreak at the International Ebola Recovery Conference today at the UN Headquarters in New York City.  The funds will help Liberia, Sierra Leone, and Guinea to address secondary impacts of the crisis.   As case numbers continue to drop, and as response efforts continue, the U.S. has also begun to focus on helping countries in West Africa with critical recovery efforts, including improving food security, health systems and non-Ebola health services, governance and economic crisis mitigation, and innovation and communication technology.   When the first case of Ebola landed in the U.S., epidemiologists were predicting that the world might soon see a million and a half cases.  The U.S. Government responded by providing more than $2 billion for response efforts, including supporting 10,000 civilian responders, providing personal protective equipment, funding and training 1,500 healthcare workers, setting up laboratories, supporting epidemiological surveillance and disease tracing, and launching a massive social messaging and education campaign to inform communities about practices to protect themselves against infection. This campaign has resulted in significant progress with near eradication in Liberia, Sierra Leone, and Guinea.  Currently, there are less than fifty active cases in the three Ebola affected countries, and USAID is continuing to work to ensure that the number goes down.   In his speech at today’s conference, Acting USAID Administrator Alfonso Lenhardt recognized the remarkable progress we have made, stating, “As we continue on the road to zero cases, we are here to support the people of West Africa as they begin the long process of rebuilding and restoring their livelihoods.” *Source USAID]]>