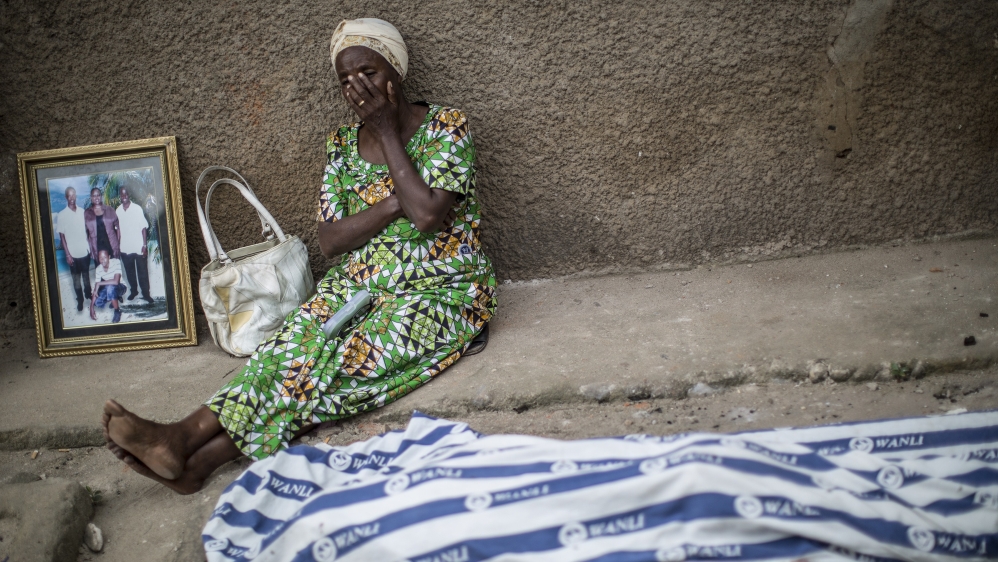 UN human rights officials have said they will investigate the deaths earlier this week of civilians during a police raid in Burundi, as observers described Monday’s parliamentary elections as not “free or credible”.

The raid resulted in the deaths of at least five people, including two children, and one police officer. The police said they were disarming opposition supporters and fired in self defence.

Al Jazeera’s Haru Mutasa visited the home in the suburb of Mutakura, while the bodies of family members riddled with gunshot wounds were still strewn around the scene.

A witness, who did not wish to be identified said: “The police fired from outside the gate, one of them jumped over the gate and opened it for the others to get in. Then they started firing at everyone.”

Andre Ndayambaje, the Burundi police chief, told a press conference on Thursday that police were “disarming civilians who have weapons that have been smuggled into the country”.

“So far we have collected eight Kalishnikov, 300 bullets and 15 grenades meant for an attack,” Ndayambaje said.

Our correspondent said UN human rights officials said they would investigate the incident.

Burundi has been locked in its worst political crisis since its civil war ended a decade ago, with protests erupting in late April against President Nkurunziza’s bid to seek a third term in office. Dozens of protesters have been killed.

The opposition boycotted Monday’s parliamentary election. A presidential vote is scheduled for July 15 but the UN and others have called for it to be postponed. Opponents of Nkurunziz’s attempt to stand again say a third term violates the country’s constitution.

UN spokesman Farhan Haq told the Reuters news agency that the preliminary conclusion of the UN electoral observer mission in Burundi was that “the overall environment was not conducive for free, credible and inclusive elections”.

“Episodes of violence and explosions preceded and in some cases accompanied election day activities,” Haq said.

“This includes infringements to the right of the political opposition to campaign freely, extra-judicial killings, arbitrary detentions, and acts of violence committed by armed youth groups aligned with political parties,” he said.