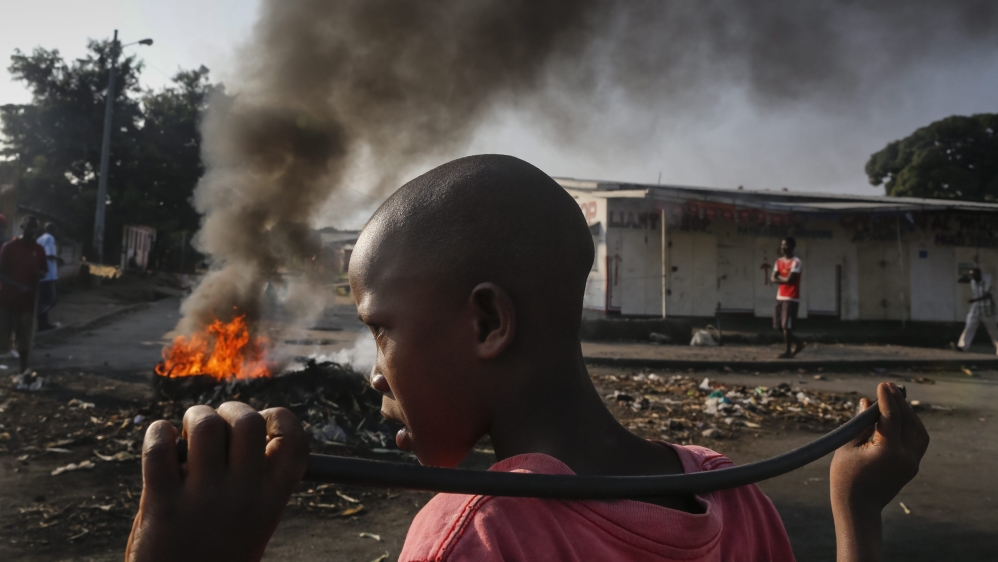 The UN human rights chief has warned that an explosion of violence is close at hand in Burundi, sparked by the president’s decision to seek a third term and a crackdown by security forces and the youth wing of his ruling party responsible for dozens of recent killings.

Zeid Raad al-Hussein told the UN Security Council that “the risk to human life, and to regional stability and development, is high” as a result of escalating politically motivated violence and Burundi’s history of recurring bloodshed and atrocities.

He said his office has documented dozens of killings in the past two months, most of them shootings of demonstrators and human rights defenders by the youth wing and security forces.

Zeid urged the government to disarm the Imbonerakure youth wing of the ruling CNDD-FDD party immediately.

One of the poorest countries in the world, the small Central African nation shares both a history of ethnic strife and a border with Rwanda, the scene of a genocide in 1994.

Burundi has been hit by violence since the April announcement that President Pierre Nkurunziza would run for a third term in presidential elections set for July 15.

Protesters say Nkurunziza must go because the constitution limits the president to two terms, but the president’s supporters say he is eligible for a third term because he was chosen by lawmakers – and not popularly elected – for his first term.

Zeid said by videoconference from Geneva that the president’s decision “has undermined a decade of steady progress in building democratic institutions”.

According to Associated Press news agency, he cited reports of demonstrators opposing a third term being imprisoned and subjected to torture and ill-treatment, as well as extrajudicial killings. He added that refugees fleeing Burundi have reported “targeted campaigns of intimidation and terror,” and say the Imbonerakure militia are “the main threat”.