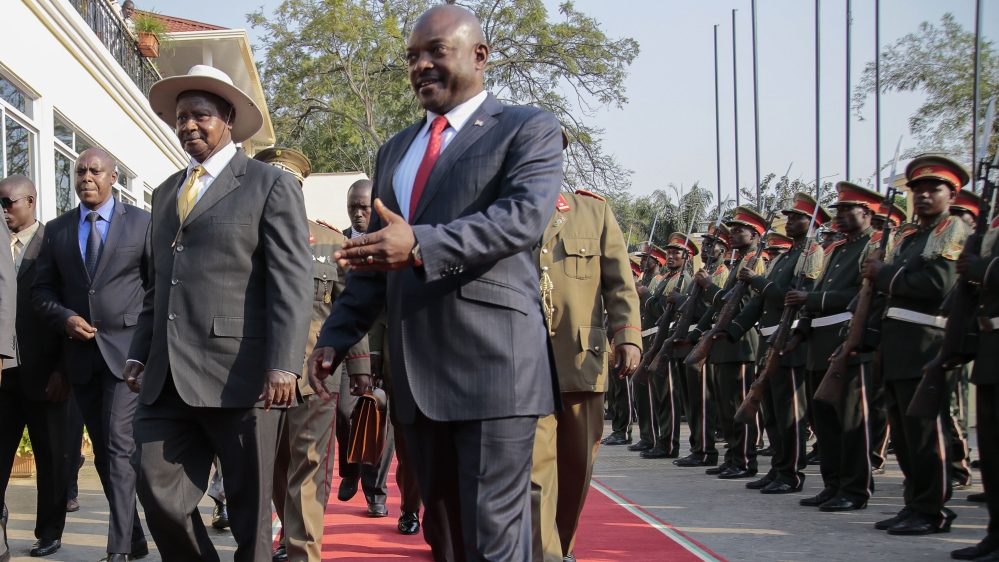 Uganda’s president has started mediation talks between Burundi’s government and opposition groups that are opposed to President Pierre Nkurunziza’s controversial bid for a third term.

President Yoweri Museveni met with representatives of the Burundi government and opposition leaders in the nation’s capital, Bujumbura, late on Tuesday. The talks are being attended by Agathon Rwasa, the most prominent opposition leader in Burundi.

In remarks before the start of the talks, Museveni urged Burundi’s leaders to strive for unity and said sectarianism is a threat to development.

He said he was happy that the government had disarmed a pro-government youth group that is accused of allegedly carrying out serious crimes, including murdering perceived opponents.

Museveni, who has ruled Uganda since taking power by force in 1986, was chosen by regional leaders earlier this month to mediate Burundi’s political crisis ahead of presidential elections scheduled for July 21.

Burundi has been on edge since April when the country’s ruling party nominated Nkurunziza to be its presidential candidate for a third term.

Unrest boiled over into a military coup in May that was quickly put down by pro-Nkurunziza forces, but at least 77 people have died in sporadic protests in Bujumbura by civilians who say Nkurunziza must go after serving the two constitutionally-allowed terms.

The nation’s constitutional court has ruled in the president’s favour, saying he is eligible for a third term because he was chosen by lawmakers – and not popularly elected – for his first term.

Amid the political unrest, concern is growing over a possible new rebel movement based in the country’s northern provinces.

Burundi’s army announced on Monday that it had killed 31 suspected rebels and captured 170 others in fighting in the country’s north, but the leadership of the suspected rebels remains unclear.