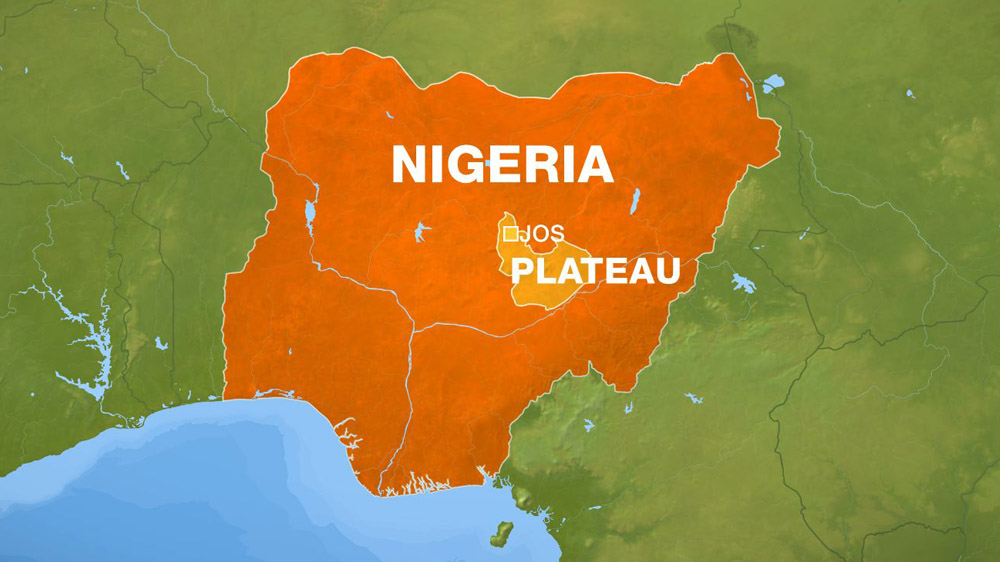 Two blasts have hit the central Nigerian city of Jos hours after a suicide bomber attacked a church in the restive northeastern Nigerian state of Yobe, witnesses and police have said.

A restaurant and a Muslim religious leader – who has disowned armed group Boko Haram – were targeted in two separate attacks, witnesses said on Sunday.

Plateau State police spokesman Emmanuel Abuh confirmed there had been two attacks in Jos but had no further details immediately.

“I saw people running out crying, some with bloodstains,” said resident Bashir Abdullahi, describing the scene after he said a suicide bomber ran into the crowded restaurant. “I believe many lives were lost.”

The second attack targeted cleric Sani Yahaya Jingir as he was preaching, witnesses said. Gunmen started shooting sporadically and then there was a loud blast, they said.

“We saw two or three vehicles coming from different directions and we started hearing gunshots from all angles and then a very loud bang, like a bomb being thrown into the mosque,” said witness Abubakar Shehu.

There was no official word on casualties from the two attacks.

Earlier, at least five people were killed after a church in city of Potiskum was targeted by suicide bomber.

Sunday’s attacks come as more than 200 people have been killed in a series of attacks by the Boko Haram armed which wants to implement strict forms Islamic sharia in Nigeria.