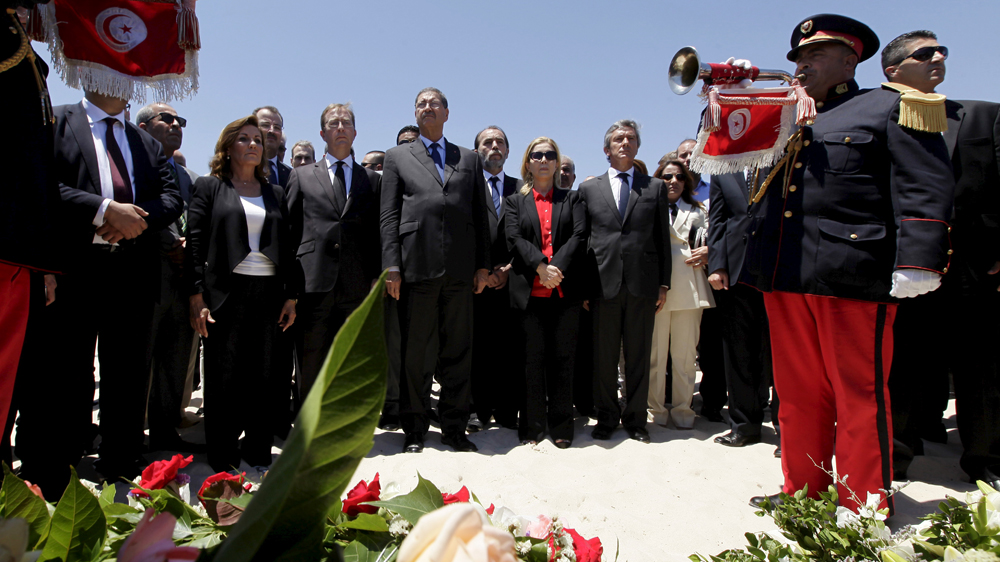 Mourners have held a minute’s silence at Tunisian beach resort in tribute to the 38 victims of one of the worst-ever attack on the country’s soil.

The ceremony, organised by the British embassy on Friday and attended by Prime Minister Habib Essid, came exactly a week after a Tunisian student killed 38 tourists – 30 from Britain – at the popular Port el Kantaoui holiday destination.

The bodies of 17 British victims have already been transported home, with the remaining victims set for repatriation in the coming days.

A minute’s silence was also held in London on Friday, led by Queen Elizabeth II and Prime Minister David Cameron.

The Tunisian beach ceremony was attended by the ministers of foreign affairs, tourism, health and youth and sports, flanked by a sizeable police presence.

Some tourists, yet to return home after last week’s massacre, laid flowers in the sand as a plaque commemorating the dead was unveiled.

Tunisia announced on Thursday that it had arrested eight people, including a woman, “with direct links” to the gun attack.