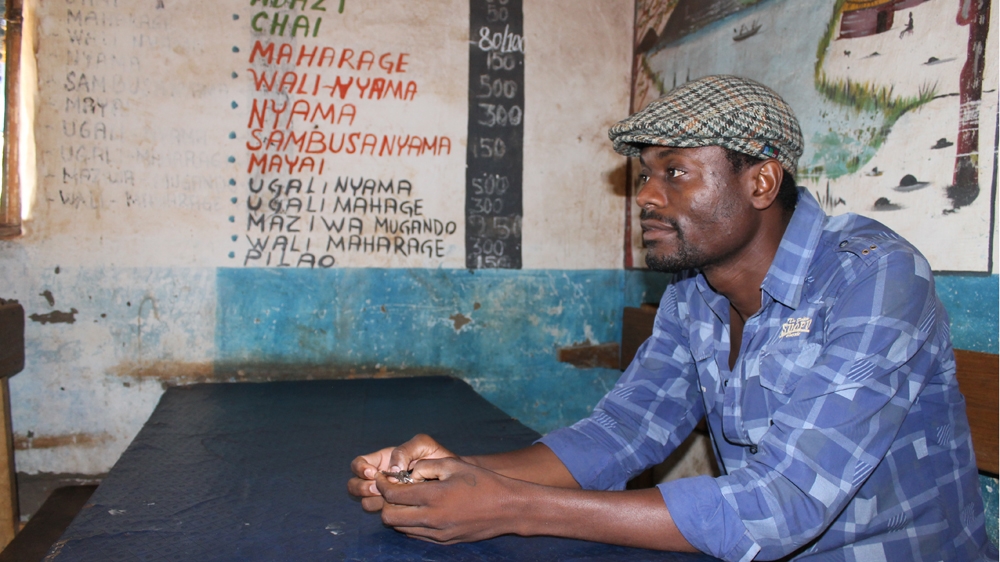 Tresor Nzengu was an up-and-coming musician and slam poet in the Democratic Republic of Congo when his lyrics, which were critical of the state, caught the attention of officials.

He fled for his life in 2008 and ended up spiralling into depression in Malawi’s Dzaleka Refugee Camp.

He has subsequently rebuilt his music career in Malawi, playing regularly at gigs around the country. Not content to rest on his laurels, Tresor is collaborating with musicians within the refugee camp to produce an album using online crowdfunding to finance it.

By law, these 20,000 refugees are not allowed to work, and even leaving the camp requires permission.

But Tresor is determined that the skills within Dzaleka Camp are not wasted.

One can only imagine what it must be like to leave behind family, friends, a home, and all that is familiar, under duress or violent circumstances. Refugees making the Mediterranean crossing make the news, but what about Africans who have been forced to flee their home country due to war, instability or politics and remain in Africa? Many of them live in refugee camps found around the continent.

The first time I saw Dzaleka Refugee Camp I was surprised to see it looked like a normal Malawian village. Tents have long made way for permanent brick structures. It’s been in existence since the early 1990s and was superseded by a political prison dating from Malawi’s earlier Hastings Banda regime.

Among the people, there is a palpable sense of past traumas for some, while a handful are upbeat, such as Patron, the guitar-maker who features in the film and is an effervescent character.

Jesuit Refugee Services offer study opportunities, which provide a window of hope for some of the refugees.

As with the majority of the camp’s inhabitants, Tresor hails from the Democratic Republic of Congo (DRC). This mineral-rich central African state covers the same size as Western Europe. The country has had an infamous past, from the slave trade to the ruthless period of Belgian rule under King Leopold, to the kleptocracy of Mobutu Sese Seko.

More recently, war in the DRC’s east, coupled with weak central governance has created a refugee crisis with over half-a-million Congolese having fled their home country. A lack of space for criticism of the state is another dimension to the DRC, and this is what led the film’s protagonist Tresor to flee the southern city of Lubumbashi.

Tresor as well as Aline, Kano, and Ombeni ended up in Dzaleka Camp for reasons out of their control. Look out for their album, Mon Delire. It gives a voice to the struggles, dreams,and aspirations of these talented musicians.

The post Tresor and the camp musicians appeared first on African Media Agency.