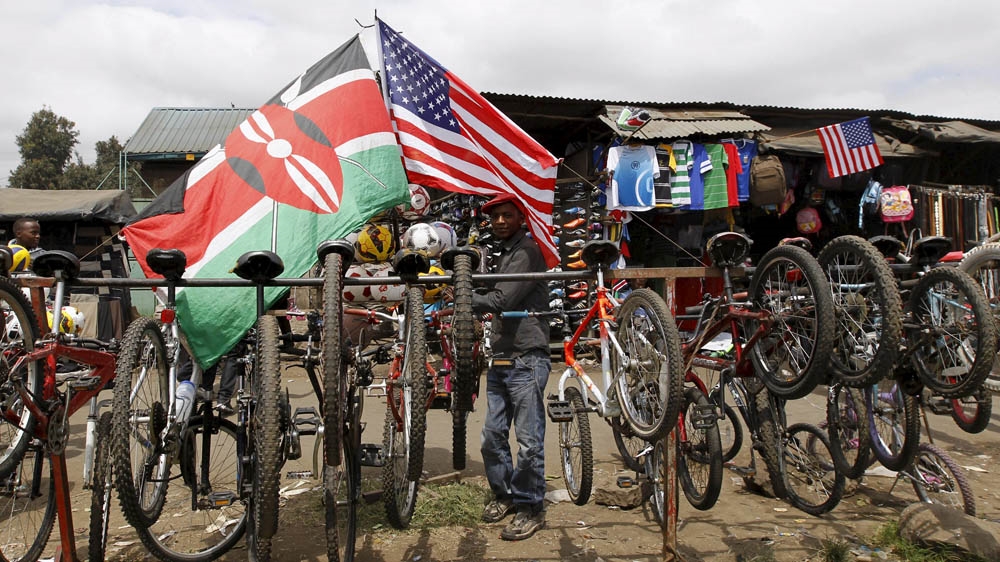 Since China overtook the United States in 2009 to become Africa’s biggest trading partner, the writing has been on the wall that the US is not really engaged with the continent.

The US and China have taken different tacks: While the US has linked aid and trade to initiatives to improve democracy, China has largely avoided any strings, but that could be changing as it moves troops to South Sudan to protect its interests.

Africa is an attractive place to do business, not only for its natural resources. The economy of sub-saharan Africa is valued at $1tn. Debt is manageable, inflation is under control, and nations are, on average, likely to grow 4.5 percent this year.

The US through its African Growth and Opportunity Act that gives 40 African nations tariff-free access to the US market, has created more than 350,000 direct jobs in sub-Saharan Africa since 2000. However, many believe the US is not doing enough to help African countries face their different challenges.

So, how important is Africa to the US? Is the US willing to give up more economic and political leverage to China?

Andrew Simmons in Nairobi takes a look at the US-Africa trade relationship, and Patty Culhane speaks with US Secretary of Commerce Penny Pritzker who has been charged with improving enterpreneurship in Africa.

Russia, Ukraine and the impact of sanctions

It has been a year since the European Union and the US expanded economic sanctions on Russia. Moscow is accused of backing separatists fighting Ukraine’s government forces.

People in the eastern province who cheered a rebel drive a year ago to break away from Ukraine are now suffering from the restrictions the Ukrainian government has imposed.

Emma Hayward reports from Moscow, where ordinary Russians are bearing the brunt of sanctions, and Charles Stratford brings a report from Donetsk on the issues behind increasing economic hardship in the region.

For his part, the Prime Minister denies any wrongdoing. But 1MDB already has its own problems. It is currently sinking under a debt load of $11.6bn, and because of that the credit ratings agency Fitch has threatened to slash the debt rating for the whole of Malaysia, not just the fund.

Kamahl Santamaria spoke to Wan Saiful Wan Jan, the chief executive of the Institute for Democracy and Economic Affairs about the scandal and why there are calls for Prime Minister Najab Razak to resign over it.

An engineer in Afghanistan is harnessing the power of the sun for a different mode of transport.

He has built the country’s first solar-powered car and he has done it in his own backyard. To finance the project he sold his own car, and when that money ran out he looked for donations.

The post The battle for hearts, minds and trade in Africa appeared first on African Media Agency.