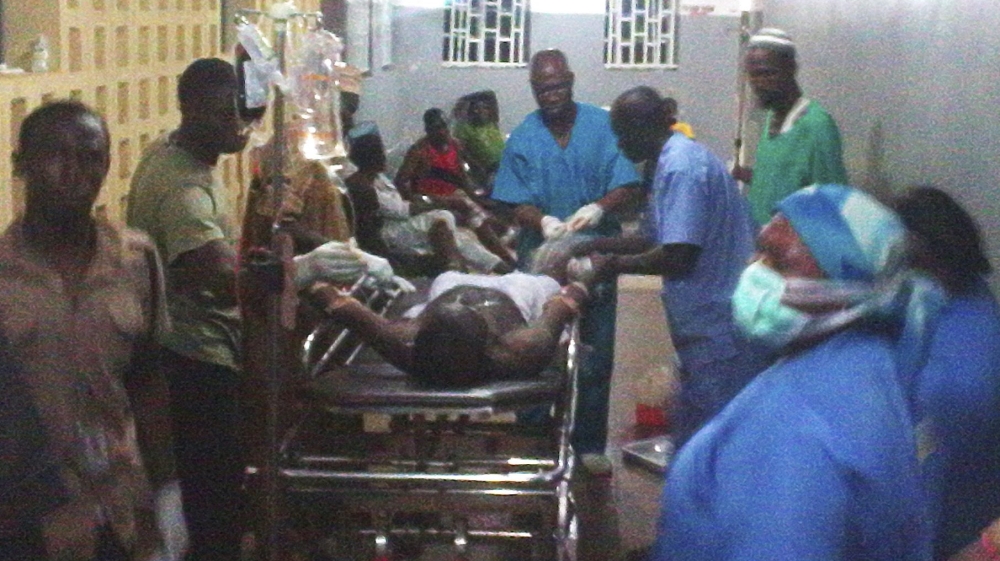 Bomb blasts suspected to have been carried out by Boko Haram have killed at least 29 people in Nigeria and 24 in Cameroon, officials say.

The attacks came after Nigeria’s new president warned that the US refusal to sell his country strategic weapons is “aiding and abetting” the group.

He said at least 29 bodies have been recovered at two bustling bus stations in northeastern Gombe town – the latest targets in a campaign that has spilled across Nigeria’s borders.

In another suspected Boko Haram attack, assailants killed at least eight people in a raid on a village in northeastern Nigeria’s Borno state, a local resident said on Thursday.

In neighbouring Cameroon, two suicide bombers on Wednesday killed at least 22 people at a marketplace near the border, officials said.

The toll is likely to rise among the 50 injured, they said.

Nigeria’s President Muhammadu Buhari returned home on Thursday to the capital, Abuja, from a four-day visit to the US where he was warmly received by President Barack Obama but failed to get all he wanted.

Buhari told policymakers on Wednesday at the US Institute for Peace that Nigeria’s armed forces are “largely impotent” because they do not possess the appropriate weapons to fight Boko Haram fighters.

He urged Obama and Congress to be more flexible about the Leahy Law that prohibits weapon sales to countries whose military are accused of gross human rights violations.

Amnesty International, the rights monitor, says Nigeria’s military is responsible for the deaths of 8,000 detainees – twice as many as Boko Haram’s victims in the first four years of its six-year-old insurgency.

“The application of the Leahy Law … has aided and abetted the Boko Haram terrorist group in the prosecution of its extremist ideology and hate, the indiscriminate killings and maiming of civilians,” Buhari said.