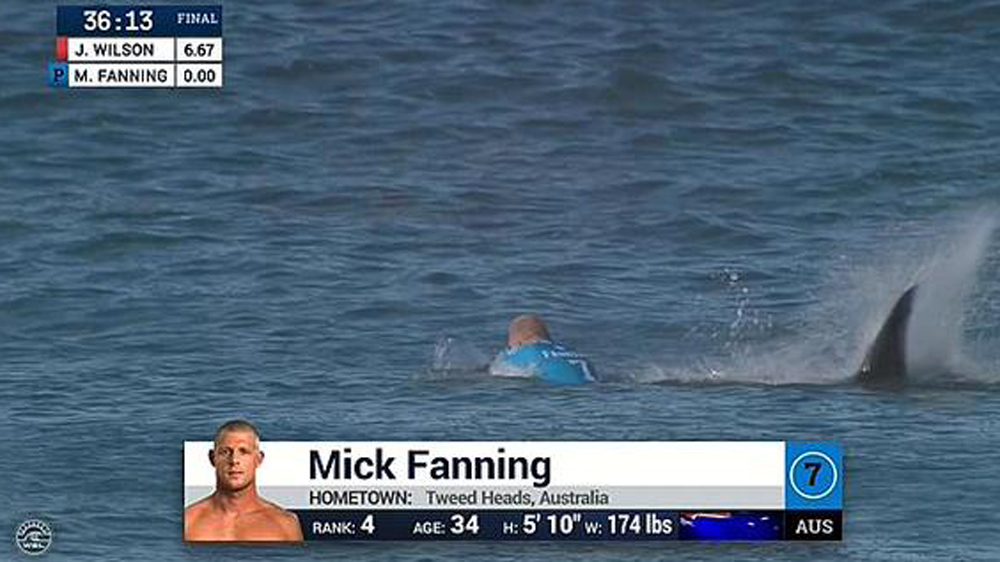 Fanning, a three-time world champion surfer, said he managed to escape Sunday’s attack during the surfing competition on the country’s east coast after “punching the shark”.

“I felt like I was just about to start moving, start paddling, get going again when all of a sudden I had this instinct there was someone behind me and all of a sudden I started getting pulled underwater,” Fanning, 34, said shortly after his escape.

“I punched him in the back.”

The attack on Sunday occurred during the final of Jeffreys Bay Open, was captured on camera and broadcast live over television.

The World Surf League said on Facebook that Fanning was not injured in the encounter.

The enounter forced the final of the Open to be called off for the day.