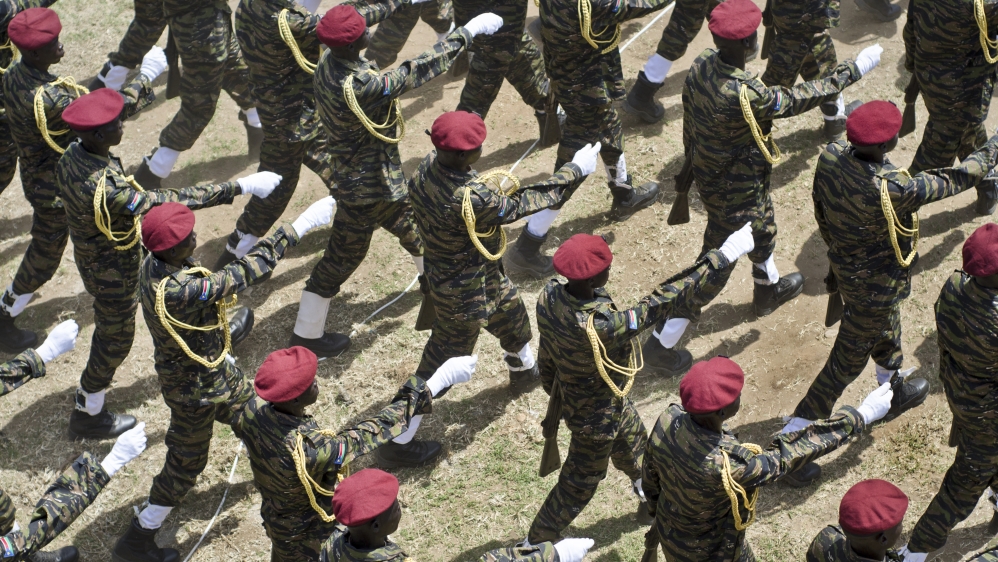 Four years after ending its armed struggle with Sudan and declaring its independence, South Sudan remains embroiled in internal crisis with no end in sight.

Despite the tremendous support, close scrutiny, and high hopes of the international community, the new nation is presently conflicting with that same community’s ideas on how to resolve and recover from the crisis.

South Sudan even recently went so far as to expel the highest ranking official of the UN in their country, Toby Lanzer. It also refused to heed the call by the UN Secretary-General Ban Ki-moon to immediately reverse its decision to expel the official.

In March of this year, the United Nations Security Council (UNSC) decided to impose sanctions on officials hindering the mediation process in support of the Inter-Governmental Authority on Development (IGAD) – Plus mediation on South Sudan.

The UNSC also recently imposed a travel ban and assets freeze on six leaders of the warring parties in South Sudan. In addition to these sanctions, there has also been an increasing call for an arms embargo on the warring parties.

The father of independence

The Sudan People’s Liberation Movement/Army (SPLM/A), the father of independent South Sudan, failed to mature into the democratic government and professional army needed to lead the country.

There is an absence of a commonly shared vision within the SPLM/A about the future of South Sudan; there is also the unfortunate use of politics and public power as a racket for private wealth accumulation.

Immediately after the independence of South Sudan, finger pointing started within the leadership, which resulted in a major rift. In the aftermath of this rift, two major warring groups emerged: a government led by President Salva Kirr and a rebel group led by former Vice President Riek Machar.

Since the Juba violence on December, 15 2013, despite tireless efforts by the IGAD-led mediation, the crisis in South Sudan has continued unabated for more than a year and half.

While several rounds of mediation have led to the signing of an agreement to cease hostilities, the fighting continues between President Kirr’s forces and those aligned with Machar. Currently, the violence appears to persist along ethnic lines and has fuelled a vicious cycle of reprisal attacks against civilians.

The governmental money and privately accumulated wealth generated by this war and the resulting conflicts has been used to exacerbate the tenuous political situation in South Sudan and has been used in a desperate attempt to consolidate power. While this greed-driven power-grab was underway, mediation to reunite the SPLM party began and later culminated in the signing of the Arusha agreement – which never managed to take off.

Despite high hopes for the agreement’s success, bridging the divide between the SPLM factions proved impossible. Historically, many African left-leaning liberation movements have ruptured beyond repair and it seems inevitable that SPLM will follow suit.

That being said, under the IGAD-led mediation, the two warring parties have come to agreement on many issues. However, the major sticking points of power sharing, oil-revenue allocation, and the question of federalism and re-integration of the parties’ armies remain unresolved. Without compromise on these vital points, an agreement will never be signed.

But why is it so difficult for the two leaders to agree on these issues specifically? The answer lies in the very nature of the leadership of warring parties and their fellowship.

The two groups are locked in a binary equation of choosing to either rule the country or make war, and both are tending towards war.

Despite mounting pressure from interests in both the West and the East, Kirr and Machar have refused to abandon their presidential ambitions. Both leaders seem to be trapped within ethnic boundaries, and are beholden to the interests of their political bases – which are populated by divided and proud ethnic communities.

For the rebel leader Machar, any concession to President Kirr or his supporters would be politically suicidal. His Nuer supporting community would simply refuse anything less than the total abdication of Kirr’s powers as president and the dissolution of his supporters’ claims to governmental positions.

Similarly, President Kirr’s newly appointed ministers would not allow any power sharing that could eventually displace them by bringing the dismissed ministers and former leaders of the SPLM/A back into power. So, he too is a prisoner of a self-serving cabinet of his own making.

Simply put, both Machar and Kirr are more puppets than leaders.

Indicative of the need for more international weight to force the warring parties and other external influencers to stop the war in South Sudan and establish a government of national unity, the IGAD-led mediation for South Sudan has now been transformed into the IGAD-Plus mediation.

This transformation includes the five heavy weight members of African Union Peace and Security Council (Algeria, Nigeria, South Africa, Chad, and Rwanda), the UN, the EU, the Troika (US, UK, and Norway), and China. Although technically “new to the scene”, all of these actors have been following the devolving situation in South Sudan closely.

The question is, will this added “Plus” bring something of new value to the negotiating table?

While it remains to be seen in practise, the new impetus from the “Plus” should be to unify the parallel mediation processes – such as the Arusha process – and to quell the detractors. By bestowing a common voice, spoilers within and without South Sudan should be effectively tamed by a unified, credible, and clear message from the international community.

Mehari Taddele Maru is a specialist in international human rights and humanitarian law, an international consultant on African Union affairs, and an expert in public administration and management.