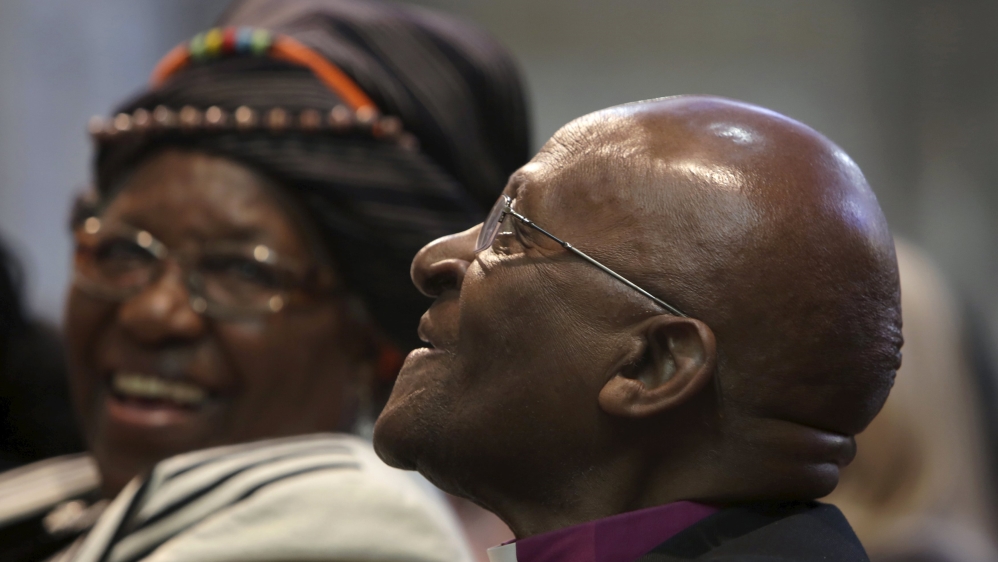 South African Archbishop emeritus Desmond Tutu has been hospitalised with a persistent infection just a week after being discharged following treatment for the same ailment, according to his foundation.

Tutu was readmitted to a hospital in Cape Town after expressing renewed discomfort, a statement by the Desmond and Leah Tutu Legacy Foundation said on Tuesday.

“His doctors considered it prudent for him to return to hospital for observation,” the statement read.

Tutu was first hospitalised for the infection on July 14.

The 83-year-old Nobel Peace laureate also continues battling prostate cancer he has lived with for 15 years, but his foundation said the current infection was unrelated.

“[Tutu’s] daughter, the Reverend Canon Mpho Tutu, said the hospitalisation was unrelated to his cancer treatment. His oncologist confirms that his PSA (prostrate-specific antigen) level is pleasingly low,” the foundation said.

The foundation said Tutu, a veteran rights campaigner, would undergo bed rest while his doctors determine further treatment, and remain in the hospital at least through the weekend.

Tutu survived an illness believed to be polio as a baby, and battled tuberculosis as a teenager.

He has been in and out of hospital for minor complaints since 2011.

Under apartheid, Tutu campaigned against white minority rule during the years that Nelson Mandela was imprisoned, and was awarded the 1984 Nobel Peace Prize for his work.