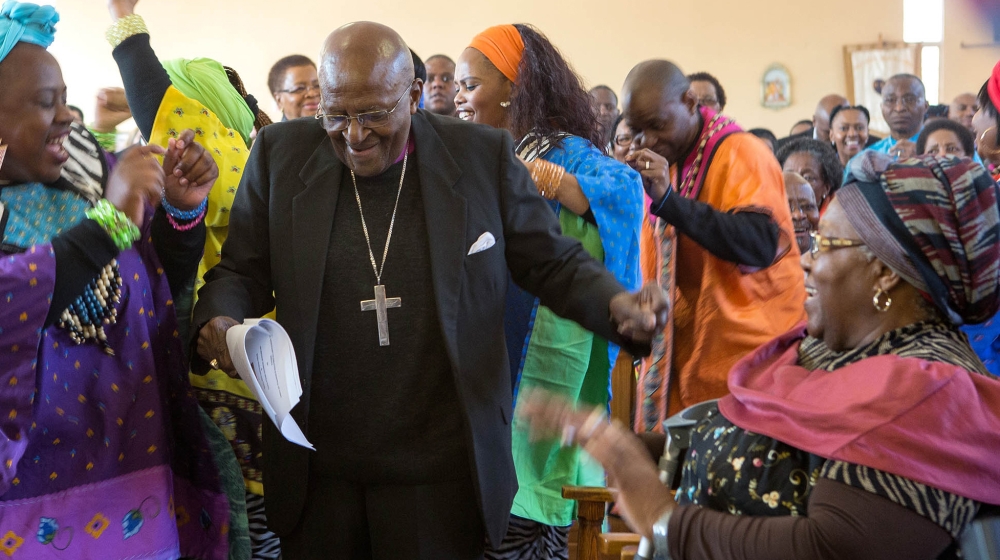 South Africa’s retired archbishop Desmond Tutu has been admitted to a Cape Town hospital for a persistent infection, his foundation said.

The foundation, which is named after 83-year-old Tutu and his wife Leah, quoted their daughter Mpho as saying on Tuesday that the family hopes the Nobel Peace Prize laureate will be able to return home in a “day or two.”

Desmond Tutu has been treated for prostate cancer for many years. He announced his retirement from public life in 2011, but has still traveled widely and made public appearances.

Tutu, who was awarded the Nobel peace prize in 1984 for campaigning against apartheid, renewed his wedding vows with Leah earlier this month after 60 years of marriage. The family held ceremonies in Cape Town and Johannesburg to mark the occasion.

An Associated Press reporter attended the Johannesburg ceremony in the Holy Cross Anglican Church in the city’s Soweto area, where Tutu used to live.

Tutu danced stiffly as choristers sang and was frequently on his feet, thanking the congregants at the end of the three-hour event. At other times, he sat with his eyes closed.

“His family hopes he will be able to return home in a day or two,” said the statement.

The anti-apartheid icon last December cancelled plans to travel to a meeting of Nobel laureates in Rome, in order to battle prostate cancer which he has lived with for 15 years.

In 2011 he was hospitalised for “minor” elective surgery.

He was hospitalised again in 2013 year for a persistent infection, but tests at that time showed no new malignancy.

Tutu survived an illness believed to be polio as a baby and battled tuberculosis as a teenager.