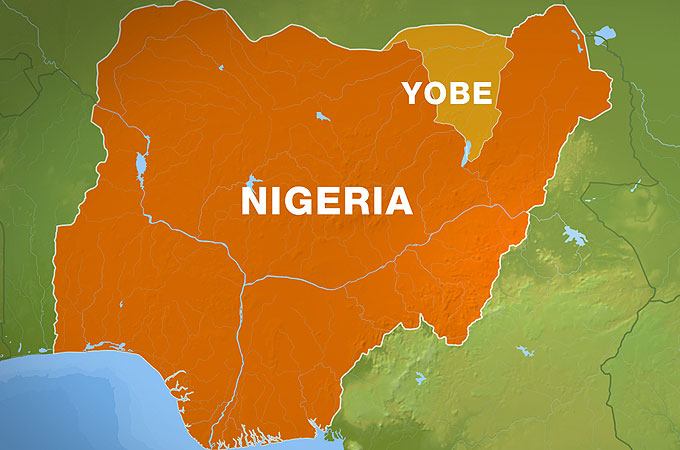 A suicide bomber has attacked a church in the restive northeastern Nigerian city of Potiskum, in Yobe state, killing at least five worshippers, a police officer and witness have said.

The bomber entered the uncompleted Redeemed Christian Church of God on Sunday, in the Jigawa area on the outskirts of the city, and detonated his explosives, killing the worshippers, including a woman and her two children as well as the pastor.

“Four worshippers died instantly while the fifth victim gave up shortly after she was taken to hospital,” a police officer involved in the evacuation told the AFP news agency.

“The victims included a woman and her two children, the pastor and another worshipper,” added the officer who spoke on condition of anonymity.

Garba Manu told AFP the bomber arrived at the church on a motorised rickshaw disguised as a worshipper and detonated his explosives as soon as he entered the church.

“I saw when the bomber alighting from a motorised rickshaw and entering the church and as soon as he entered a loud explosion ripped through the church which is under construction,” he said.

“I saw him walked into the church and he didn’t raise any suspicion.

“Five worshippers, including three females and two males were in the church when the bomber entered and they were all killed.

“The dismembered body of the bomber was also recovered,” said Manu, who lives in the area.

There was no immediate claim of responsibility but Potiskum, the commercial capital of Yobe state, has been hit repeatedly by Boko Haram in their six-year insurgency, including by suicide bombers.

Boko Haram have launched a series of attacks on mosques, villages and markets in neighbouring Borno state in the past few days, claiming more than 200 lives.

Gunmen from the amed group killed more than 140 people in three separate attacks on mosques and villages in northeast Borno State on Wednesday.

A government official said that several mosques were attacked in the town of Kukawa, with at least 97 men, women and children among the victims.

President Muhammadu Buhari on Friday condemned the attacks calling them “inhuman and barbaric”.

Boko Haram are keen to prove they are not a spent force despite a four-nation military offensive that has run them out of many captured towns and villages since February this year.

An estimated 13,000 people have been killed in the six-year-old insurgency.