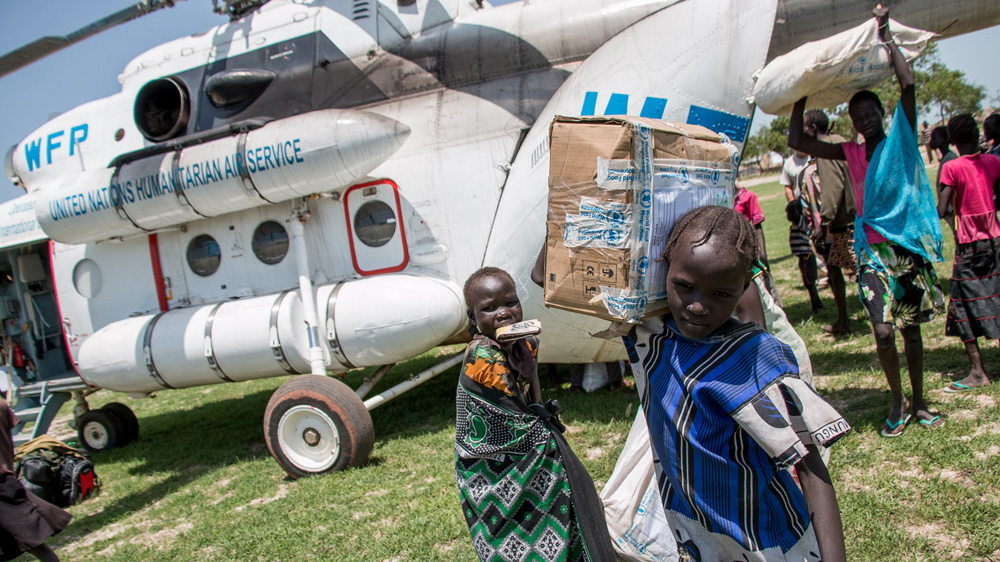 Jonglei, South Sudan – South Sudan is four years old today. In the capital city of Juba, the government will celebrate this anniversary for the world’s youngest nation with a parade.

Billboards around town proclaim peace and unity ahead of Independence Day. President Salva Kiir is due to speak before a large crowd. The city is already teeming with his heavily armed soldiers (SPLA).

But civil war has consumed South Sudan since December 2013.

In April this year, the army launched major military assaults on opposition-held areas across oil-rich Unity and Upper Nile states in a bid to reclaim territory and push back rebel forces before the onset of the rainy season in June.

Civilians have borne the brunt of this offensive.

The murder of women and children, rape, forced recruitment, castration, looting and burning of homes and the systematic mass displacement of people characterise tactics used in recent weeks according to the United Nations.

The UN last week described these events as a “new brutality and intensity” to the army’s current onslaught.

Last Friday, a small team of crisis experts flew three hours north by helicopter from Juba and landed deep in the swamplands of northern Jonglei.

The location lies in Fangak county. It is opposition-controlled territory dominated by ethnic Nuer. There is no road access and aircraft cannot land when it rains. To protect the civilians sheltering in this corner of Fangak from future attacks, Al Jazeera cannot name the village where the emergency mission is taking place.

RELATED: In Pictures: Anniversary and humanitarian crisis in South Sudan

The team brought supplies for a 10-day mission to provide emergency food, health, and child protection services for 10,000 people.

On arrival, community chiefs told the team that the population had risen up to 54,000 in just the past five weeks.

Nuer families have been streaming into Fangak as the army – of majority ethnic Dinka – and aligned militias rampage through neighbouring Unity.

“In Fangak county we are surrounded by water. It is a long way from the frontline, that is why so many people are walking for days to reach here. They believe it is safe,” Kuong Matik, a security officer with the World Food Programme (WFP) told Al Jazeera.

Nyangor Kuil has two sets of twins. The youngest are six months old. When she heard helicopters approaching, the young mother carried her babies in a basket on her head for an hour to reach the site of the emergency mission.

Nyangor said government soldiers attacked her village of Guit in Unity state around five weeks ago.

“We ran away because of the killing and the burning,” Nyangor told Al Jazeera.

She hid in the swamp for three days until her husband brought their six children to her and told her to go to Jonglei. She took charge of two more children whose parents were missing and together Nyangor and eight children canoed their way out of Unity State.

The emergency mission to Fangak is a combined effort by the UN children’s fund UNICEF and WFP.

It is a quick-fire response to reach vulnerable people in precarious circumstances, explained Kibrom Tesfaselassie, one of the team leaders.

They aim to register and feed the entire population in the vicinity, vaccinate more than six thousand children, screen mothers and infants for malnutrition and search for unaccompanied or separated children.

According to Amos Maganga, a long-time field officer running the only clinic in this area, no other emergency interventions on this scale have happened here in a decade.

The influx of displaced people, many of whom have trekked on foot for days with no food or medicine, puts huge pressure on the host community, explained Maganga.

Besides his tiny clinic, there is no long-term humanitarian presence here.

By Monday night, word of aid had spread through communities in the area.

Nyaway Gatluok is six months pregnant and here to register for assistance.

A month ago, soldiers and armed youth attacked her village near the former Nuer opposition base of Leer in Unity state.

In the chaos of the attack Nyaway lost her husband and 15-year-old daughter. She doesn’t know if they survived.

“They killed the people who couldn’t run away,” she said.

“I ran with three of my children to the river. The water came up to my neck. The soldiers shot at us in the water. Sometimes people helped us to float and sometimes I tied the children together and the eldest held onto me while we waded.”

On the first morning of registration in Fangak, thousands of people – mainly women and children – wait patiently for their turn. They sit in the grass, many having arrived long before sunrise.

The emergency intervention will likely be insufficient because families continue to arrive as the killing goes on.

But the aim is that it provides some relief and triggers immediate and greater humanitarian action, according to Tesfaselassie.

South Sudan’s army faces allegations of atrocities against civilians throughout a campaign of violence in opposition areas since April. Fighting continues in Unity State and Upper Nile State despite Independence Day celebrations.

“Our army is responsible for the protection of civilians, no matter where in the county. Civilians have no basis for fear,” Colonel Aguer told Al Jazeera.

But standing with her remaining children in a field in Fangak, Nyaway Gatluok is afraid. And she is angry.

When asked what the independence of South Sudan means to her now, she looks confused.

“We fought together to be South Sudanese. But for what? I have lost my child, my husband, my home and this government has killed my people. It is killing its own people.”