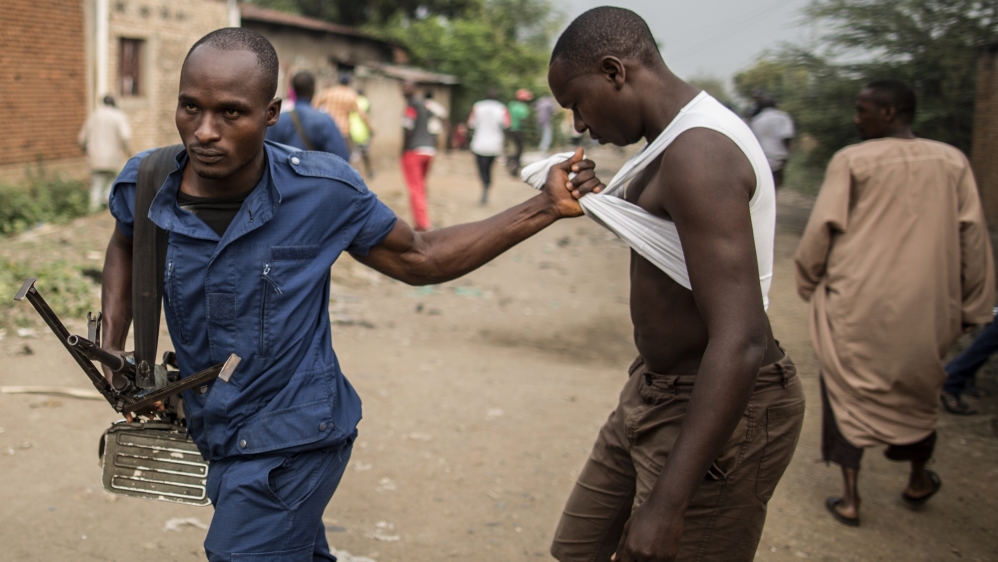 The rights-advocacy group, which released on Thursday its report Braving Bullets – Excessive force in Policing Demonstrations in Burundi, said that authorities “repressed demonstrations as if they were an insurrection”.

“It is a tragedy that demonstrators had to brave bullets to try to have their voices heard,” said Sarah Jackson, Amnesty International’s Deputy Regional Director for East Africa, the Horn and the Great Lakes.

Nkurunziza’s decision in April to seek a third term in office led to protests that have resulted in the deaths of more than 100 people.

Nkurunziza is expected to win the elections as it was boycotted by the opposition groups.

On Wednesday, a prominent opposition leader called on Nkurunziza to form a national unity government to avert a conflict.

Vote counting is under way and the results are expected to be announced on Friday.

Amnesty International, which investigated cases between May and June, also warned that “the country appeared to be on the verge of conflict”.

“Despite dozens of protesters killed, and a myriad more injured by police, the Burundian authorities have failed to investigate,” Jackson said.

Braving Bullets says the police shot at unarmed protesters running away from them, and even children and women were not spared.

A witness told Amnesty International that the police “shot at people who were demonstrating peacefully”.

“It was unbelievable. People were fleeing in the river, the police shot at people running away in the river,” Ntahangwa Bridge, who was present at a protest site in Bujumbura on May 4, said.

The report says that though most of the protesters remained peaceful, some used violence in response to police action.

The government also cracked down on the media, the report says.

“From the first day of the protests, authorities prevented radio stations from broadcasting outside of Bujumbura. On May 13, after military officers staged an attempted coup, the police physically attacked independent media facilities, and they have since been unable to broadcast,” it says.