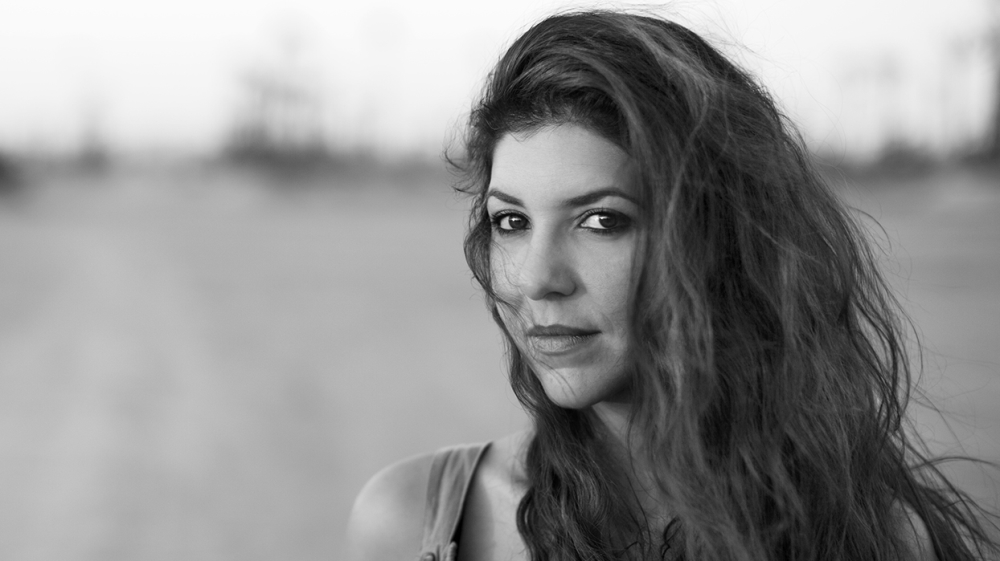 Marrakech, Morocco – Morocco’s location on the Mediterranean Sea has made it a departure point for undocumented migrants in Africa hoping to cross to Europe.

These dangerous journeys have resulted in many migrants drowning and the Mediterranean earning the morbid nickname of “the sea cemetery”, with a recent incident claiming 800 victims. Some who do not cross opt to settle instead in Morocco, where they have reportedly experienced abuse from the local population.

Moroccan-French photographer and video artist Leila Alaoui has attempted to tackle such issues through her art. At the Traces of the Future exhibit at the Marrakech Museum of Photography and Visual Arts, which runs until September, Alaoui’s video installation Crossings showcases testimonies of sub-Saharan migrants against the backdrop of the Mediterranean.

Al Jazeera spoke with Alaoui about Crossings, as well as her focus on migration throughout her larger body of work.

Al Jazeera: Your multimedia piece Crossings depicts the Mediterranean through the eyes and testimonies of migrants, and migration is often a central theme in your other work, like in your photo series No Pasara on Moroccan migration and Natreen on Syrian displacement in Lebanon. What prompted your interest in migration?

Leila Alaoui: Throughout my adolescence in Morocco, stories of migrants drowning at sea became regular on the news.

In my eyes, these stories were constant reminders of deep-rooted social injustice. My French-Moroccan identity gave me the privilege of crossing borders freely while others couldn’t.

When I turned 18, I moved to the United States and became even more exposed to questions of belonging and identity construction. I developed strong interests in ethnic minorities, sub-cultures, and marginalised groups.

This strengthened my conviction to develop my own style and voice, using photography, video art and social activism.

When I moved back to Morocco in 2008, I began a project on Moroccan youth and the phenomenon of migration.

Later, as a continuation of my work on migration, I became interested in the sub-Saharan communities in Morocco and witnessed that sub-Saharan migrants suffered from strong discrimination and racism.

Alaoui: As a Moroccan, I felt very ashamed and felt some kind of responsibility to fight against the violent treatment of sub-Saharan migrants, who because of their “clandestine” status are deprived of basic human rights.

When I decided to work on this subject, I spent many months as a participant observer among migrant communities in very under-privileged neighbourhoods in Rabat and Tangier. I became involved with activists, journalists and humanitarian organisations working on the migration crisis in Morocco.

This experience nurtured the idea of an immersive audiovisual experience through which to share personal stories of migration and re-enact the disturbing sensations of the journey. I truly wanted to do a project that humanised and dignified the migrants.

Al Jazeera: To shoot your photo series The Moroccans, you packed up your cameras and lights, and brought a small portable studio to weekly markets in various Moroccan villages. What was the reception like from the villagers?

Alaoui: Historically, Moroccans have too often been represented from the exotic and sometimes Orientalist point of view of Western photographers.

My motivation in this project was to revisit the portrait practice and show Morocco in a way that I consider more natural, though no less objective, through the eyes of a native Moroccan.

Alaoui: We see Moroccan artists still suffering from censorship in the latest debate on Nabil Ayouch’s film on prostitution, Much Loved.

However, when looking at contemporary artists in the Middle East and North Africa, there is very little engaged art emerging from Morocco.

Most of the artists whose work has a strong political message are usually from the Moroccan diaspora or living abroad, such as Mounir Fatmi or Mohamed El Baz.

I personally think artists should be engaging more on sociopolitical issues. In my opinion, art plays an important role in reflecting and questioning our societies.

Moreover, Moroccan society is going through a major transition. We are lost between modernity and traditions, freedom of expression and fear of the authority. We still don’t know where to position ourselves and aren’t ready to face our real selves.

We prefer to stay quiet, in denial and make sure the country keeps its positive image to stay in peace.

I believe the lack of engagement of artists is more a result of auto-censorship than censorship itself.

But we also have strong examples of artists living in Morocco whose work is very political, such as Mahi Binebine’s work on the dark years of Moroccan political repression. This shows us that there is space for freedom of expression as long as we respect the values of the kingdom.

Alaoui: Although I feel at home in Morocco, I always felt like a foreigner in both countries.

I certainly believe that my hyphenated identity and my experience living abroad have deeply influenced my work and interest in cultural diversity, identity and migration.

My current project questions the contemporary reality of immigration in a post-colonial era and focuses on North African communities in France. Through this project, I try to understand the shared history of both countries, but it may also be a personal quest for own identity.

Al Jazeera: If you could change anything about the arts in Morocco, what would you change?

Artists need to be surrounded by professionals, and they also need stronger international visibility. I believe we are on the right path.

Al Jazeera: What are your future plans?

Alaoui: After living in New York, Marrakech and Beirut, I am now in France.

Following weeks of research as a participant observer among different generations of North African immigrants and their children, I am building a body of work that reflects on individual memories, collective history and identity reconstruction.

My work uses a visual language that combines the narrative depth of documentary storytelling and the aesthetic sensibilities of visual art.

I will also be presenting my series The Moroccans in a solo show at the prestigious Maison Européennede la Photographie in Paris as part of the Arab Photography biennale in November.