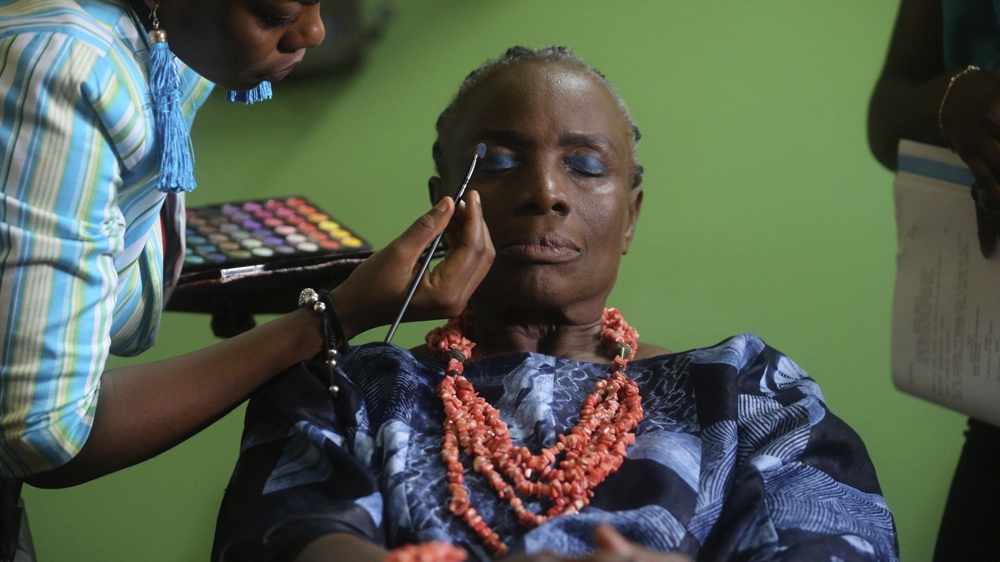 Despite having only 14 cinemas in a country of 170 million people, Nigeria’s film industry, dubbed “Nollywood”, churns out as many as 50 films a week, sometimes for as little as $10,000 a piece. Many are released straight to DVD and sold cheaply on the streets.

When it comes to sheer volume, the $5bn film industry makes more films than the US and is only rivalled by India, the world’s biggest movie industry.

So, how did Nigerian films become so popular?

Nollywood tries to answer that question and more with those who know the industry best – Nigeria’s filmmakers, actors and actresses, directors, producers and film critics.

All of them come up with different reasons for the secret behind the popularity of Nigeria’s low-budget, self-styled movie industry: originality; “stories that people can relate to”; plots that satisfiy a cultural fascination with African “magic”; and films that draw from “that African thing about us – which is that we love to tell stories.”

Nollywood also tries to pin down the origins of the industry – including the contributions of the founders of Nigerian film, Hubert Ogunde and Adeyemi Afolayan (also known as Ade Love) and their 1970s travelling cinema; to the collapse of the film industry and its rebirth as Nollywood in the mid-1990s, based on cheap VHS technology; and the part played by the 1992 film Living in Bondage, which established this new Nigerian way of making films.

“From the ashes of that rose a film industry that was not as technical as that colonial one, but it had a more sustainable platform that involved selling DVDs and going straight to video and gathering your friends and telling your story and putting it on tape and making money out of it,” explains director Obi Emeloyne.

Weaving in the rich footage of the young industry’s most-watched and game-changing movies, this Al Jazeera World film explores an explosive and vibrant industry that produces movies that are popular not just in Nigeria but also across the continent, and its culture and its key players.