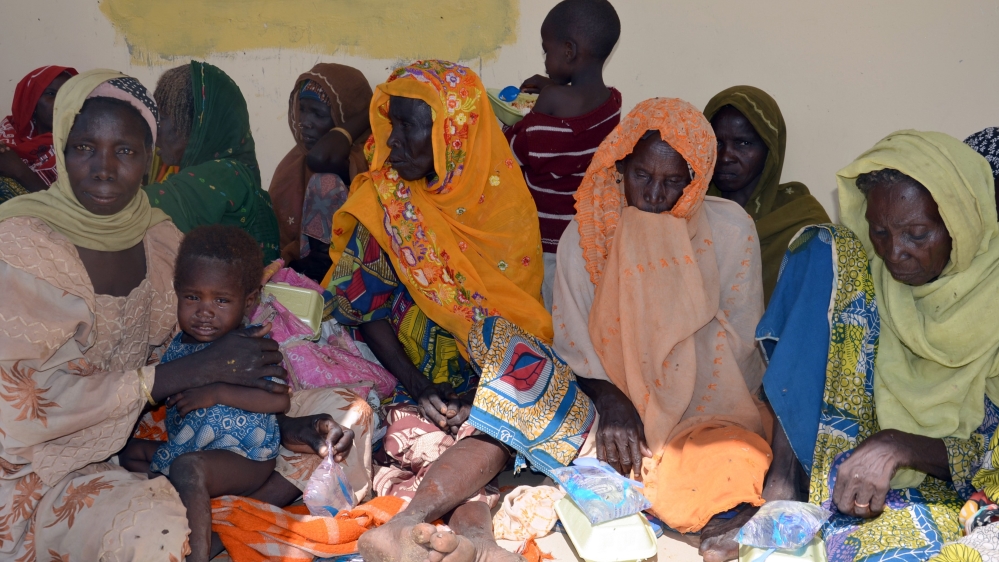 Nigeria’s military has rescued 71 girls and women in firefights that killed several Boko Haram fighters in the country’s northeast, as the government steps up effort to drive out the armed group.

Army spokesman Colonel IT Gusau said on Thursay that 12 people were rescued on Wednesday and 59 on Thursday from villages about 40km from Maiduguri, the biggest city in the northeast.

“During the operation a number of terrorists were killed,” said Gusau adding that a total of 29 women, 25 children and five elderly men were part of those freed.

Some of the captives said they were in the clutches of the group for as long as a year.

One young woman, Yagana Kyari, told the Associated Press news agency that she was just “waiting for death” because the group had constantly threatened to kill their victims.

Hundreds of captives were freed in March when Nigeria’s military declared it had seized back all towns held by Boko Haram.

But the group continued to launch suicide bombings and attacks from remote villages.

Earlier this week, the army said it had freed 30 other hostages, including 21 children.

Boko Haram has abducted thousands of civilians, including children, in raids on villages and towns inside Nigeria and abroad.

In just over a week, suicide bombers have killed at least 47 people in attacks at crowded places, including a market and a popular bar, in towns in both Nigeria and neighbouring Cameroon.

The Multi-National Joint Task Force, made up of 8,700 troops from Nigeria, Chad, Cameroon, Niger and Benin, is expected to be more effective than a current alliance in the battle to end Boko Haram’s six-year insurgency, which has claimed some 15,000 lives.

The announcement came as Buhari was in visiting Cameroon in a bid to forge a stronger regional alliance against the armed group.

In a joint statement after their talks in the Cameroonian capital, Yaounde, Buhari and Cameroon’s President Paul Biya expressed “their common determination to eradicate Boko Haram… and agreed to intensify the exchange of information between the two countries.”

Asked when the new regional force would go into action, Buhari said: “It should ready today or tomorrow, by the end of this month.”

But he added: “After the promises of G7 countries to help the region defeat Boko Haram, we are waiting for training, equipment and intelligence assistance.”

Buhari visited Washington last week but returned empty-handed because the United States is prohibited by law from sending weapons to countries that fail to tackle human rights abuses, a stance the Nigerian leader said was helping Boko Haram.

Boko Haram has stepped up its attacks since Buhari took office in May, unleashing a wave of violence that has claimed more than 800 lives in just two months.

In another gruesome attack reported on Thursday, Boko Haram fighters slit the throats of 10 fishermen in villages on the shores of Lake Chad in northeastern Nigeria on Monday, a fisherman and a resident told AFP news agency.