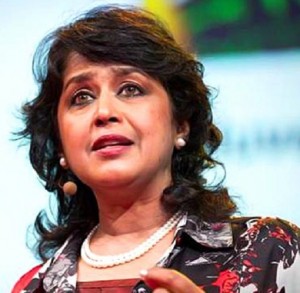 The newly appointed President of Mauritius, HE Dr Ameenah Gurib-Fakim[/caption] The newly appointed President of Mauritius, HE Dr Ameenah Gurib-Fakim will open a major conference on Africa’s science and technology agenda on July 21, hosted by the Planet Earth Institute (PEI) , an international NGO working for the ‘scientific independence of Africa’. African Ministers from across the continent and over 200 delegates working on science and technology will also join the day, held at Ravensbourne University in London and hosted by Rt Hon Lord Paul Boateng, Trustee of the PEI , and Dr Álvaro Sobrinho, Chairman. In her opening address marking her first official visit to the UK, Dr Gurib-Fakim will outline Mauritius’ efforts to boost scientific research, technology and innovation and explore the role that the private sector can play in driving scientific excellence. Before her appointment as President of Mauritius at the beginning of June, Dr Gurib-Fakim won multiple award for her scientific work, including the African Union ‘Women in Science’ award in 2009. In 2015, Mauritius announced new plans to develop the island country into a regional knowledge hub for science and technology. A number of senior African policy-makers will also join the event, including Prof. Naledi Pandor, Minister of Science and Technology of South Africa, Prof. Sandy Tickodri-Togboa, Minister for Higher Education, Science and Technology of Uganda, Mr Shiferaw Shigutie, Minister of Education of Ethiopia and Prof. Mary Tew Niane, Minister of Higher Education and Research of Senegal. Leading businesses including IBM Research – Africa, Elsevier, TAAG Angola Airlines and Banco Valor will also participate, as partners of the PEI’s #scienceAfrica campaign, alongside dozens of leading African and international universities. Entitled ‘Africa’s scientific independence: no more business as usual’, the ‘UnConference’ will be a highly interactive and collaborative event to explore the linkages between industry and scientific development in Africa. Through panel sessions, workshops and interactive working groups, issues raised will include industrial relevance of PhD training in Africa, supporting start-up businesses and entrepreneurship and funding and investment for science and innovation. To contribute to the debate online please use the #ScienceAfrica hashtag on Twitter and follow @PlanetEarthInstitute [caption id="attachment_19282" align="alignright" width="300"] 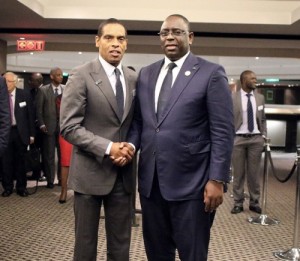 Dr Álvaro Sobrinho launches the PASET Regional Scholarship & Innovation Fund with HE President Macky Sall[/caption] In the afternoon, a panel session will be devoted to the ‘Partnership for Skills in Applied Sciences, Engineering and Technology (PASET)’ programme, which recently launched a new Scholarship and Innovation Fund for Africa, led by the Governments of Senegal, Rwanda and Ethiopia, supported by the World Bank and the PEI. The Scholarship and Innovation Fund for Africa will contribute to 10,000 African PhDs in ten years, with a close focus on linkages to industry. HE Dr Ameenah Gurib-Fakim, President of the Republic of Mauritius: “Mauritius has a proud history of investing in scientific excellence and creating research. Going forward, science and technology and sustainable development will be the key to create wealth and jobs for our young people, both in Mauritius and across the mainland African continent. I look forward to joining this important event hosted by the Planet Earth Institute and to contributing to the continued pursuit of Africa’s scientific and technological advancement.” Dr Álvaro Sobrinho, Chairman of the Planet Earth Institute: “While Africa continues to make economic progress at a rapid pace, the focus on investing in educational excellence for our future generations should never be overlooked. Excellence in science and technology can equip Africa with a workforce ready to compete in the 21st century, where we can lead the world as scientists, engineers and innovators, and the role of industry is absolutely crucial” *PEI/APO]]>