As the Cameroon Army relentlessly takes the war to Boko Haram, the deadly suicide bombing that took place recently in Maroua is a reminder that defeating and weaning the sect would take more than just a military solution. We have heard of attacks in Fotokol and other peripheral towns but hitting the capital of the Far North Region takes the threat to a whole new level and calls for more serious implication than we have seen so far.

In other parts of the world, when such an attack takes place, it is the commander in chief who leads the charge in issuing an appropriate response. For the commendable leadership that he has shown, issuing a communiqué was just not the appropriate response from the President of the Republic in the face of such a calamity. Since he announced the war against Boko Haram, the President has hardly communicated to Cameroonians in a direct manner on where we are with the fight against Boko Haram.

President Biya is not known to communicate much, but fighting Boko Haram is something that must be done on multiple fronts. Yes the Cameroonian people have voiced strong disdain against the sect and its activities, we have seen donations across other regions of the country, we have seen artists engaged and we have even seen a controversial march organized by journalists to mobilize support for the troops and condemn the sect . With an attack like the one that took place in Maroua, President Biya ought to come out swinging, how about a televised address to the nation? Is a communiqué the best way the leader could send a message to the sect?

Following the communiqué was a visit to Maroua by the Minister of Defence representing the Head of State.While the minister may be in charge of the troops doing the heavy lifting in fighting Boko Haram, he is certainly not the most senior member of government.In the absence of the Commander in Chief going to the field, is it not appropriate to send a more senior cabinet member? A few weeks back, there was a strong debate on why the President has not visited the Grand North region, or even stopped at the military hospital or the military headquarters to pay homage to the troops.Such aloofness does a disservice to the valiant efforts of our military. 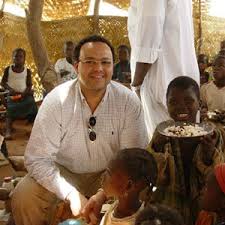 Not long ago, the personal security Aide of the President of the National Assembly was arrested supposedly for colluding with Boko Haram to kidnap him . As disturbing as this allegation was, Cameroonians seem to have moved on as usual without asking the hard questions. The Aide of Hon Cavaye was arrested in Yaounde, Cavaye is the third personality in the Republic. He is on record for declaring in a speech at the National Assembly that Boko Haram was amongst us without indicating who there were , or where there were coming from or what was their motivation. Less we forget , the sect has its roots and origins in Nigeria. The Hon President of the National Assembly should put Cameroonians on guard by telling them who the Boko Haram people he was talking about are.

The Grand North regions have some of the most disturbing statistics in Cameroon when it comes to development. From underscholarization to unemployment, health care and basic infrastructure. While the development plan outlined by the President to transform the region is very welcome, the reality must sink in that the people in the region will remain vulnerable. The price for years of neglect, misplaced priorities and collaborators who value self enrichment to serving the common good when appointed by the Head of State is the vulnerability that we have in the region now.

Certainly other regions of Cameroon have the same problem, porous borders, bad roads and more. For the remainder of his mandate, the President needs to revisit his development policies and whoever succeeds must take a very hard look at development priorities that not only move Cameroon forward but help keep the country secure.

As the Maroua attack rings the alarm bells, the call should not be for people to panic , but to remain vigilant. Vigilant in knowing that you are your neighbors keeping. Vigilance in alerting the forces of law and order on any suspicious movements or actions. As mentioned earlier the military has been be doing a terrific job. Hopefully the President keeps to his words to ensure that the sums donated by Cameroonians to support the military go to serve the needs of those at the battle front. There need all the motivation, there need all the support.

It is a united front that will frustrate efforts of Boko Haram to spread terror in Cameroon. A front where there are no political calculations, where everybody accepts that no matter what, Cameroon must remain peaceful and united. It was Maroua, tomorrow it could be some other town or even some other region and we must remain united and in strong solidarity with people affected by this devilish attacks.

The Rise Of Silicon Savannah And Africa’s Tech Movement

Congo mines minister to meet with firms on confinement moratorium