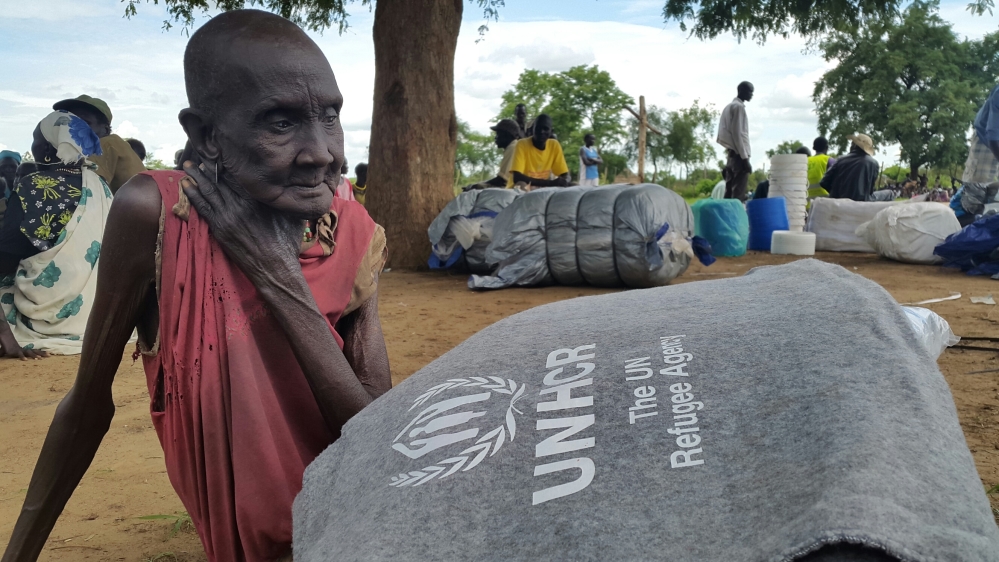 We meet Nyaluit Chuol by chance at a health centre run by the International Committee of the Red Cross (ICRC) at the rebel-held Maiwut county in the oil-rich but troubled Upper Nile state.

We were looking for rebel fighters injured at various frontline positions. The Sudan People Liberation Movement In Opposition (SPLM–IO) led by former vice president Riek Machar has waged a war on the government since December 2013. They say they want reforms, compensation for those whose lives have been turned upside down, power-sharing and most controversially perhaps, that President Salva Kiir steps down.

Nyaluit is barely into her 20s, the left side of her face is badly bruised and swollen. A bandage covers a gushing exit wound from a bullet.

She is lucky to be alive after being stabbed and shot multiple times then left for dead in another state called Jonglei.

“I was fetching firewood when government soldiers came. They tried to abduct me but I fought and started screaming, that’s when they started stabbing me and then they shot me four times”

On the day South Sudan marks its fourth independence, Nyaluit is still at the ICRC health centre. She says that she only has one thing to celebrate – the fact that she is alive.

More than 10,000 people have been killed since the conflict broke out in December 2013 and at least two million have been displaced.

Financial experts say South Sudan’s economy is dangerously on the verge of collapse. The government has denied this but oil production – the only foreign exchange earner for the country – has dropped by nearly a third. That, the conflict and a drop in global oil prices has become a big problem.

Renewed fighting in Upper Nile and Unity states has left thousands of other people without homes.

We were in Bentiu, Unity’s state capital, in May when a government offensive against the rebels was at its peak. We saw many people, mostly women and children making their way to the UN camp, some having walked for days.

We talked to women who said men wearing military uniform had raped them.

I met an elderly woman whose grandchildren – both under ten years old – were missing.

We heard from people who said there were many others still hiding in swamps and bushes deeper in the countryside – without access to food or medicine. The stories from those who were fleeing are just hard to imagine.

The UN mission in South Sudan has published a report condemning the government offensive. UNMISS accused government forces and their allies of burning people alive in their homes, raping women and killing civilians. The rebels too and their militia – the white army – have been accused of human rights abuses.

It’s a complex war, this one.

It is hard for either side to hold onto areas they have captured. It’s also difficult to say who is making gains. South Sudan’s terrain is unforgivable, many areas are out of reach and during rains, movement in parts literally stops. Both sides take advantage of this to wage their propaganda war.

There is a new push for the resumption of talks led by the Intergovernmental Authority on Development (IGAD). Negotiations collapsed in March after President Kiir and rebel leader Machar failed to agree on a power sharing deal.

There seems to be a concerted effort to jumpstart the process with additional mediation partners in what has been been dubbed “IGAD plus”. IGAD will still lead the process but will be joined by five other African countries (South Africa, Nigeria, Chad, Algeria, Rwanda). The new initiative is also said to include TROIKA – UN, China and EU – as observers.

But with fighting still going on and political grand standing, it is difficult to see how meaningful the talks will be or the level of commitment to whatever deal may be signed.

South Sudanese were so full of hope four years ago when the country celebrated independence from Sudan after 21 years of turmoil.

Today, it does not matter which from part of the country anyone comes from – almost everyone is feeling the effects of this new war.

In a country of 11 million people, there are very few paying jobs outside the government. There are no paved roads, the cost of living has more than doubled, there is a critical shortage of foreign currency, and hundreds of thousands are unable to go home and plant their crops during this rainy season – meaning they will have to rely on food aid. Many children are not able to go to school and there are little signs that the world’s newest nation is able to pull itself back up.

Martha Nyachiew, who recently gave birth to a baby girl in rebel-held Pagak near the border with Ethiopia, summed it up for many people.

She brought her daughter Nyalong Duoth for her first medical check-up at the clinic where we were filming. The baby is 10 days old today, July 9. Her mother made a plea to the leadership – from both sides of the conflict – to think of the future of her child and of South Sudan. She hopes they are listening.