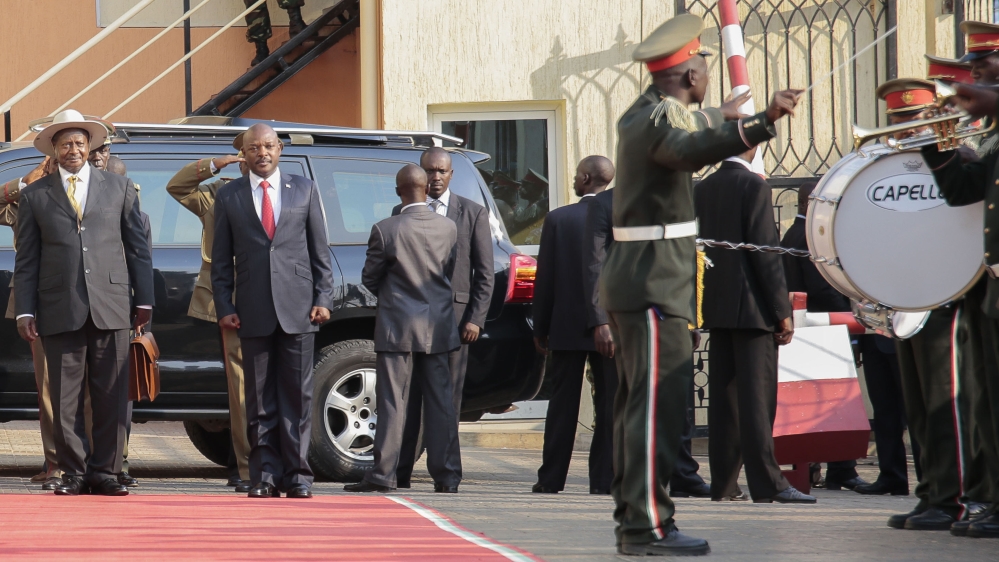 Museveni told reporters before leaving on Wednesday that both sides were looking to end the deadlock ahead of polls next week.

“The ruling party in Burundi and the opposition parties and the civil society have agreed to negoctiate expeditiously, intensively… in order to reach an agreement,” Museveni said.

Burundian President Pierre Nkurunziza’s bid to stand for a third consecutive five-year term in an election next Tuesday, despite a constitutional two-term limit, has sparked months of turmoil and an attempted coup in mid-May.

Museveni, who was appointed mediator last week by the five-nation East African Community (EAC), had earlier urged Burundians “to forget their past sectarian political differences.”

Around 100 people have been killed in more than two months of protests, with over 158,000 refugees fleeing to neighbouring countries, according to the UN.

“There will be no taboo subjects, everything must be put on the table,” Rwasa said.

Opposition groups say another term would violate a peace deal that paved the way to end a dozen years of civil war in 2006. There are fears the current crisis could plunge the country back into civil war.

Parliamentary polls, in which Nkurunziza’s ruling CNDD-FDD scored a widely-expected landslide win, were held on May 29 but boycotted by the opposition and internationally condemned.

Burundian rebel general Leonard Ngendakumana, who took part in the failed coup in May to topple Nkurunziza, has confirmed that soldiers loyal to the coup plot were involved in the fighting.