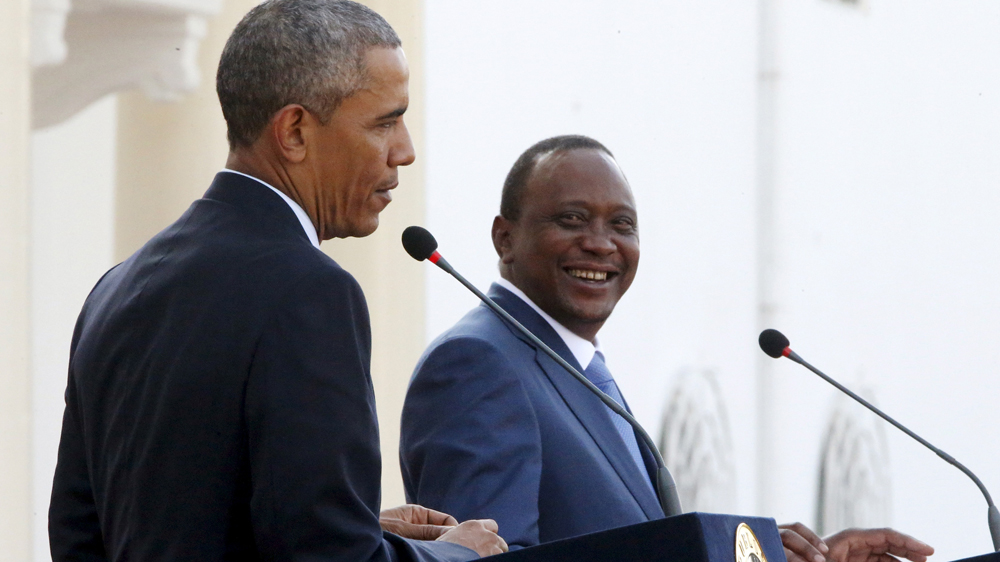 Africa is on the move.

That’s the message from US President Barack Obama.

He is on his first visit to Kenya, his father’s birthplace, as president, and has praised Africa’s economic and business potential.

Obama wants to transform Africa into a future hub of global growth.

But with this new frontier of opportunity comes a list of challenges.

The fight against the armed group al-Shabab is one of them.

Corruption – an issue Obama raised during his discussions with government officials – is also high on that list.

Kenya’s president Uhuru Kenyatta was facing charges from the International Criminal Court over alleged involvement in post-election violence in 2007 but those charges have been dropped.

But his deputy William Ruto still faces trial at the ICC.