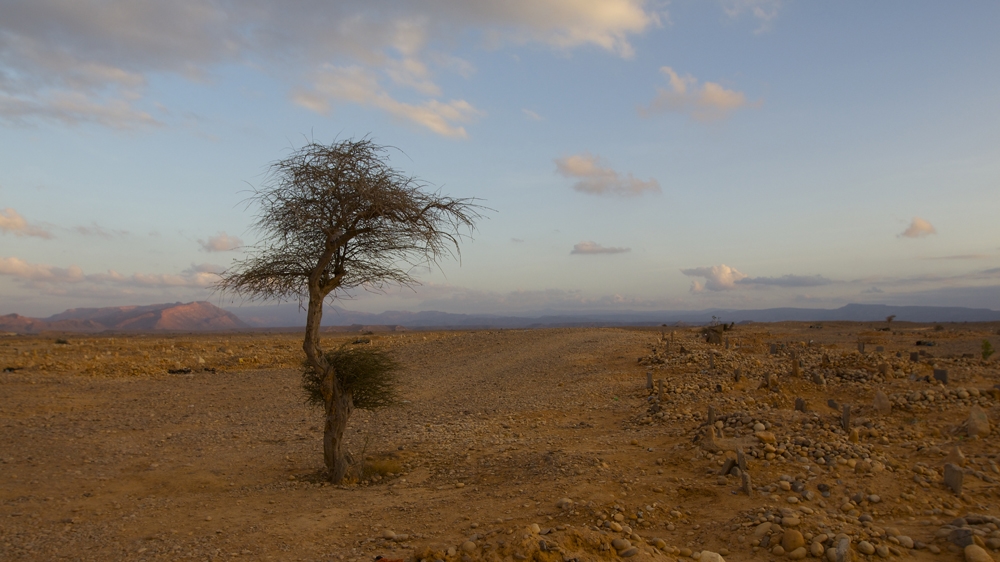 There is a tree in Somalia that’s unusually leafless all year round, even when it rains.

With no other trees growing nearby, it stands more than seven feet tall on a dry and stony patch of land. Rocky, barren hills neighbour it on one side and a huge camp for people fleeing conflict on the other.

Almost all Somalis know it, or have seen photos of it.

It is called the tree of death or the execution tree and it is the most dreaded tree in the country.

It grows, or simply stands depending on who you ask, in the city of Bossasso in the Puntland region.

Anyone sentenced to death in this part of the country is first tied to it and their hands are bound behind their backs.

A firing squad then shoots them dead.

No one knows who planted it, or when, and it is said it is now wretched because of the human blood it has tasted during its unknown lifespan.

Its bark is the last physicial contact with anything living that death-row prisoners have before bullets from masked sharp-shooters drive the life out of their limbs.

Bullet holes mark its trunk and splatters of clotted blood form an extra coat on the sun-baked bark.

Scared to cut down

It is an unnecessary and painful reminder for anyone who has had a family member executed by the region’s feared firing squad who act after death sentences are handed down by the local courts.

Many wish it was cut down for charcoal but wonder who would dare cook with charcoal from a tree that had human blood on it?

No one here is tempted to cross that line. Not for any amount of money.

The gravediggers who sleep at the cemetery to make sure no one is buried illegally at night will not even sit underneath its shade despite the baking heat.

“Only a mad man would dare seek shelter under that tree. I would rather be burnt by the sun. Hundreds were tied and shot there,” one middle-aged digger at the cemetery told me.

As the golden sun set behind the rolling hills, we drove away from the cemetery and took one last look over our shoulders.

A gust of wind blew brown sand and dust around the “haunted tree”.

“I hope that gust blows it away,” a gravedigger sitting beside me in the car said.

The post In Somalia, a leafless tree is marked by death appeared first on African Media Agency.