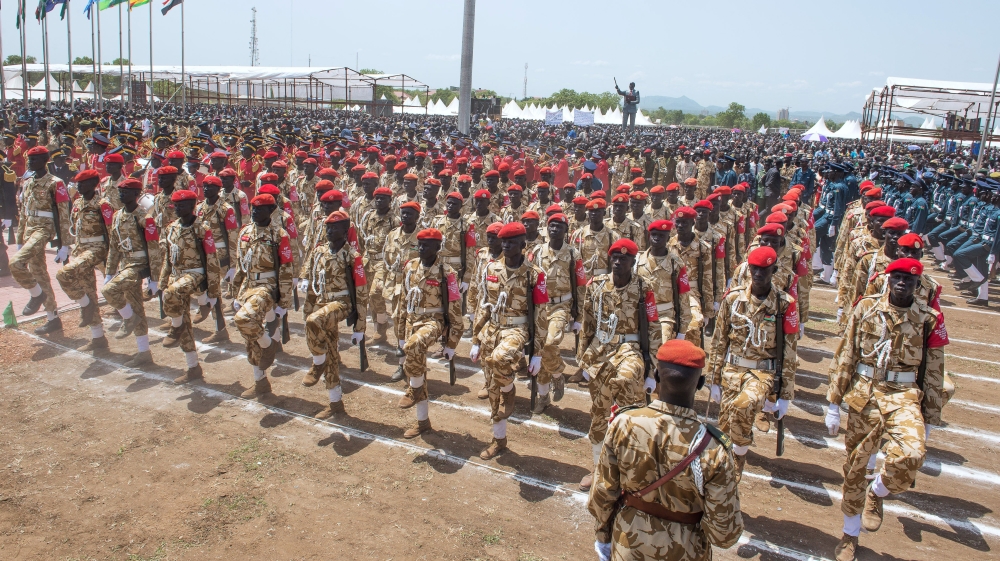 South Sudan’s government forces and armed groups allied to it have carried out a series of horrific killings, rapes, including burning civilians alive and crushing others under tanks, in devastating violence in the Unity State since May, Human Rights Watch (HRW) has said.

The international human rights advocacy group said in a report released on Wednesday, that the brutal offensive in rebel-held parts of the Unity State is “the latest in a conflict characterised by shocking disregard for civilian life”.

It accused the government troops of committing war crimes and possibly crimes against humanity during its offensive.

The conflict in South Sudan began in December 2013, when clashes erupted between forces loyal to President Salva Kiir and those aligned to the former Vice President Riek Machar.

Two million people have fled their homes, with 100,000 forced to flee since May alone.

The struggle between the two sides has been dominated by war crimes, including widespread killings of civilians because of their ethnicity or perceived allegiances, HRW said.

The South Sudanese army and their allies in the Bul Nuer ethnic group forcibly displaced tens of thousands of people in Unity by attacking women, elderly, and children, while burning villages and stealing cattle, Human Rights Watch alleges.

The group said many of the attacks were against villages with no presence of rebel fighters.

Responding to the report, Philip Aguer, South Sudan army spokesperson, told Al Jazeera that his government was ready to accept any investigation but also urged for a probe into the behaviour of rebel groups.

“This report has to be verified, one cannot base a report on people who are part of the opposition,” he said.

The 42-page HRW report was based on interviews with 173 survivors – a fraction of those killed in the April through June offensive.

Ateny Wek, presidential spokesperson, told Al Jazeera that a team has been sent out to investigate the allegations of crimes against humanity in the Unity State but have yet to release their findings.

“The truth of the matter is that government troops are not guilty of such crimes, because they apply the rule of engagement,” Wek said.

“[But] if its proven, and we find the culprits, we will bring them to book … We will not hesitate,” Wek said.

South Sudan’s government has repeatedly said any alleged abuses were limited to “a few individuals” who will face justice in national courts.

But Skye Wheeler, a researcher with Human Rights Watch, said the attacks were “far more widespread and systematic to be blamed on a few rotten apples”.