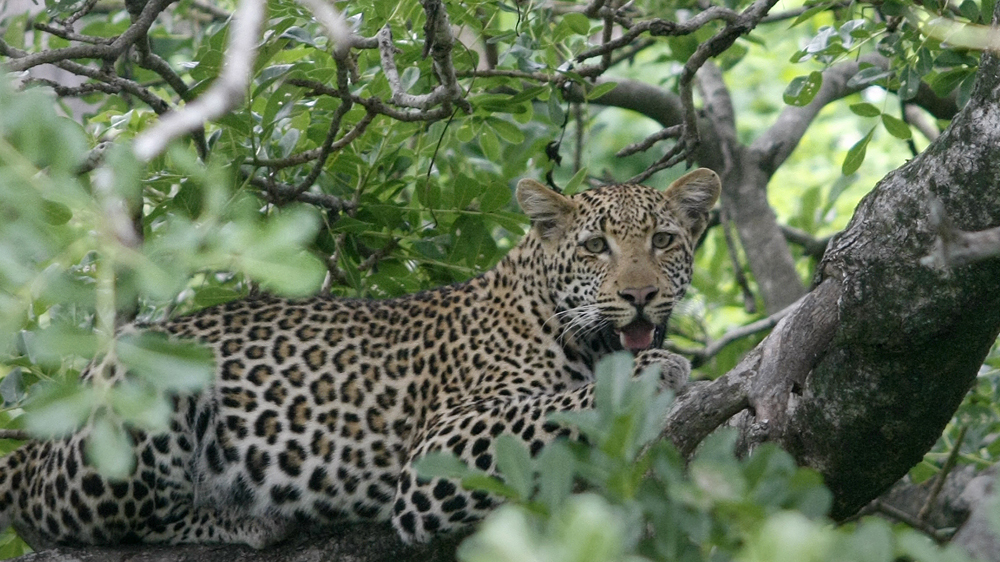 A safari guide has survived a leopard attack while viewing wildlife with tourists at South Africa’s famed
Kruger National Park, officials have said.

The guide was driving an open safari vehicle when his group spotted the animal in the bush. They stopped to get a better view.

Park officials said on Thursday in a statement the animal “cunningly disappeared” from view and then sprang a surprise attack, pouncing on the guide’s arm.

According to witnesses, the leopard then tried to jump into the car, resisting efforts by passengers to fend it off.

A fellow visitor to the park rammed the feline with the door of his car to try and force it to release the guide’s arm.

“It is suspected that the leopard was fighting with another one as its hind was badly injured. The other leopard was spotted in the area watching from a distance,” said park spokesman William Mabasa.

The leopard suffered further injuries when the guide accidentally reversed onto it as he sped away after being released from its grip, Mabasa said.

The animal was later put down. The guide sustained deep cuts and bites to the arm. Last month, a 22-year-old American tourist died after she was mauled by a lion which leapt through an open car window in a park outside Johannesburg.