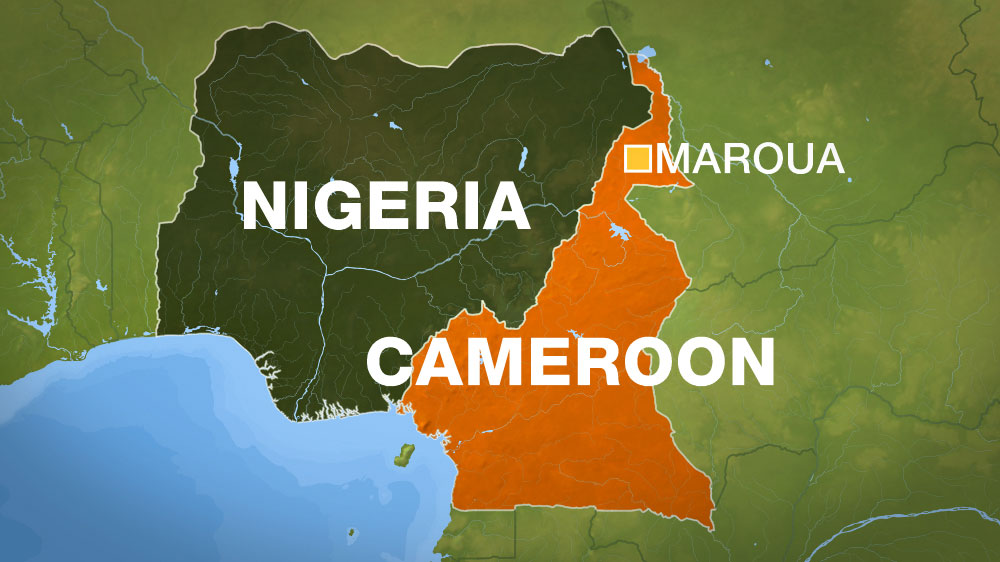 Police Officer Eric Bambue told the Associated Press news agency that the toll from the attacks on Wednesday could rise as the search for bodies continues.

Regional Governor Midjiyawa Bakari said that one of the girls – who were both under 15-years-old – attacked a central market, as the other struck the adjoiing Hausa neighbourhood, according to AFP news agency.

Bakari said that there were also at least 22 people injured by the blasts, without giving a precise toll.

AFP also reported that a source close to the government said the two girls were pretending to beg before blowing themselves up at around 3pm local time.

There were no additional details about the bombers, but two previous suicide attacks have been carried out by women, a hallmark of the Boko Haram armed group, which also uses suicide attacks in Nigeria.

Cameroon recently banned women from wearing veils after suicide bombers used them to conceal explosives in Fotokol on the border with Nigeria.

The Far Northern Region, situated near the Nigerian border, has often been targeted by the Nigeria-based Boko Haram fighters.

On July 12, two female suicide bombers attacked the bordering town of Fotokol, killing 10 civilians and a soldier from neighbouring Chad.

Wednesday’s attacks were the furthest south that Cameroon has been struck since it deployed thousands of troops to the region to combat Boko Haram in Nigeria.