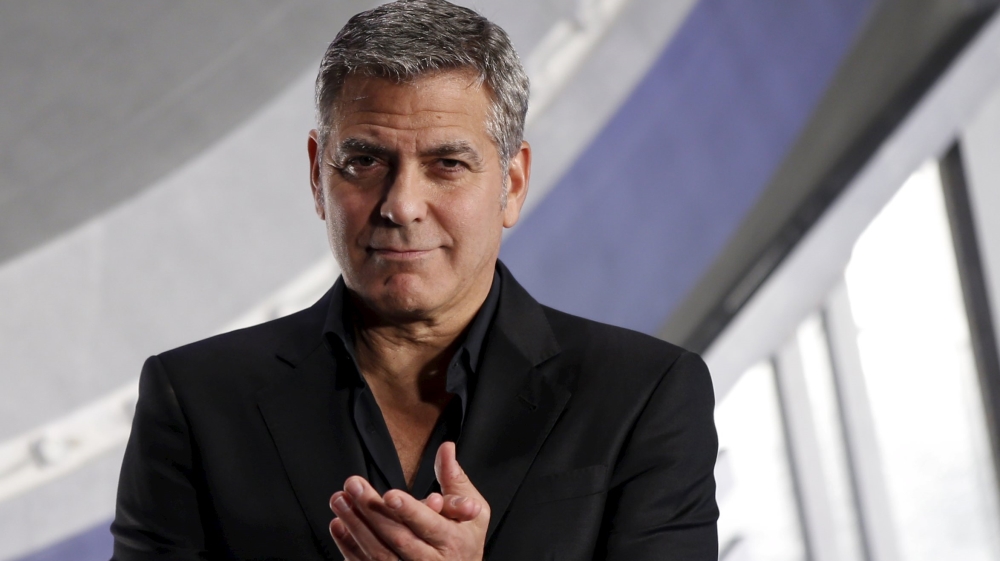 George Clooney, the Hollywood actor, has launched a new initiative called The Sentry aimed at ending conflicts on the African continent by tracking the money that fuels them.

The Sentry, founded by Clooney and John Prendergast from the advocacy group the Enough Project, will investigate the financing of conflicts in South Sudan, Sudan, the Central African Republic (CAR) and the Democratic Republic of Congo, Enough Project said on Monday.

Akshaya Kumar, a policy analyst with the Enough Project, told Al Jazeera on Monday the idea for the project came from a dissatisfaction with traditional peacemaking and conflict mitigation approaches.

“We were inspired by the success of financial warfare in the fight to stem terrorist operations, money laundering and drug trafficking,” Kumar said.

Prendergast, a former Africa director at the US National Security Council turned human-rights activist, said that “conventional tools of diplomacy” had so far failed and that “new efforts [to end wars] must centre on how to make war more costly than peace”.

“The objective of The Sentry is to follow the money and deny those war profiteers the proceeds from their crimes,” said Prendergast.

The Sentry says that their goal is to “dismantle the networks of perpetrators, facilitators and enablers who fund and profit from Africa’s deadliest conflicts”, which the project identified as South Sudan, Sudan, the CAR and DR Congo.

South Sudan has been embroiled in a civil war since December 2013, while the CAR remains insecure and tense since a coup in March 2013.

The eastern DR Congo remains one of the most volatile regions in the continent, with multiple rebel groups operating along the border with Uganda and Rwanda.

But commentators say The Sentry, as well-intentioned and logically sound as it may be, suffers from the same shortcomings as a number of poorly conceived Western-led projects of the past.

“I don’t see much evidence of partnership with Africans in The Sentry, let alone African leadership,” Alex Perry, a freelance journalist and contributing editor to Newsweek, told Al Jazeera by email.

“There are plenty of Africans capable of running this kind of initiative – and you have to think that, since they’re on the ground, they’d be best placed to do so.”

While acknowledging the initiative was “striking” and an “out-of-the-box” effort, Perry said it would have been better if it had recognised that Africans were best placed to identify and fix their own problems.

“And if you want to do this kind of work (which is a laudable impulse), ask them if they require your assistance and present any ideas you come up with as mere supplementary and subject to their approval,” he said.

Kumar rejected this criticism, describing The Sentry as “grounded in close collaboration with African civil society”.

“We work closely with local journalists and activists to feed their findings into broader cross-jurisdictional investigations,” she said.

Participants in the project include C4ADS, a Washington-based non-profit research organisation, and the activist group Not On Our Watch, co-founded by Clooney and fellow Hollywood actors Don Cheadle, Matt Damon and Brad Pitt.

In 2010, Clooney and Prendergast initiated the Satellite Sentinel Project, using satellites to map evidence of conflict and human-rights abuses on the ground.

At that time, the fear was of war between Khartoum and Juba as the south prepared for its independence in July 2011.

But in late 2013, civil war broke out inside the new nation of South Sudan and the satellite project was left largely redundant.

The Sentry’s first briefing paper on South Sudan was damning.

It described the civil war between President Salva Kiir and his former deputy, Riek Machar, as “a competition among the nation’s elite for power and profits,” with warring parties fighting for control of “a kleptocratic regime that has captured and controlled nearly all profit-generating sectors of the economy”.

Clooney has been criticised on a number of occasions for mixing celebrity with a complex conflict in South Sudan, but Kumar says no one was under the illusion that celebrity activism made him an expert on the matters at hand.

“Mr Clooney hopes to once again deploy his celebrity in service of the people of South Sudan, while making it clear that might require targeting their leaders ill gotten gains and illicit supply networks,” she said.

Azad Essa contributed to this story from Doha.