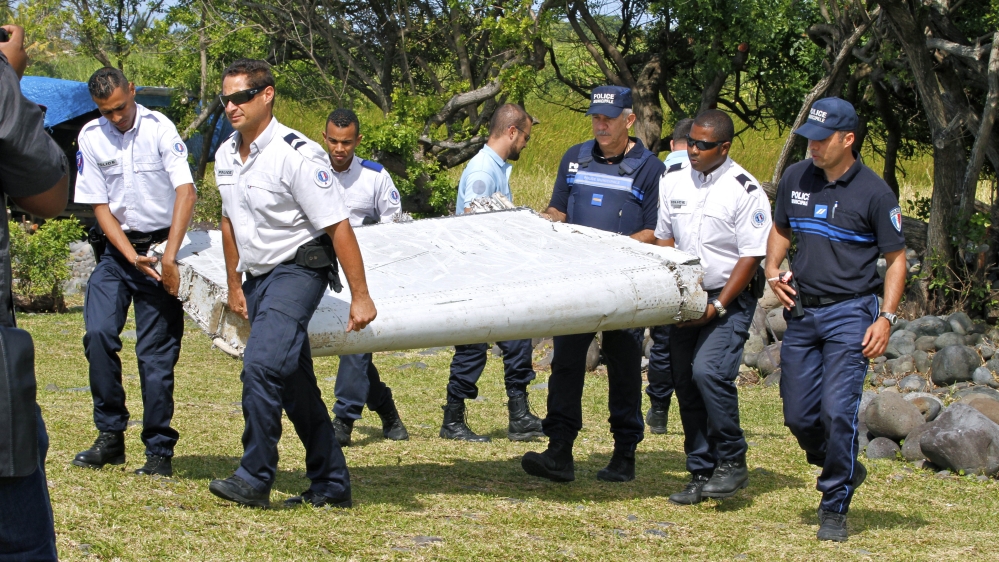 Plane debris washed up on the French island of Reunion in the Indian Ocean is almost certainly part of a Boeing 777, a Malaysian official and aviation experts have said, potentially the biggest breakthrough in the search for missing Flight MH370.

Malaysian investigators are expected in Reunion on Friday and the object, identified by aviation experts as part of a wing, would then be sent to a French military laboratory near Toulouse for checks, French police sources said.

National carrier Malaysia Airlines was operating a Boeing 777 when the flight disappeared in March last year en route from Kuala Lumpur to Beijing, creating one of the most baffling mysteries in aviation history.

It was carrying 239 passengers and crew.

The plane piece was found on Wednesday washed up on Reunion, a volcanic island of 850,000 people that is a full part of France, located in the Indian Ocean near Madagascar.

Reunion is roughly 3,700km from the broad expanse of the southern Indian Ocean off Australia where search efforts have focused, but officials and experts said currents could have carried wreckage that way, thousands of kilometres from where the plane is thought to have crashed.

“We remain confident that we’re searching in the right place, and if in fact the plane parts found on Reunion Island are linked to MH370, that would rather strengthen the case that we are in the right area,” Transport and Infrastructure Minister Warren Truss said.

“It’s not positive proof, but the fact that this wreckage was sighted on the northern part of the Reunion Island is consistent with the current movements, it’s consistent with what we might expect to happen in these
circumstance.”

Satellite and other data has allowed investigators to narrow their search to an arc of the remote southern Indian Ocean west of Australia, with ships scouring more than 50,000 square kilometres of deep ocean floor without success.

Authorities are planning to search a total of 120,000 square kilometres.

Truss said that if the two-metre long piece of wreckage found on the French territory was indeed from MH370 it would eliminate some of the “rather fanciful theories” about what happened to the plane.

“[If proven] It establishes really beyond any doubt that the aircraft is resting in the Indian Ocean and not secretly parked in some hidden place on the land in another part of the world,” he said.

“So it removes some of those theories but it doesn’t provide a great deal of help in specifically identifying where the aircraft is at the present time.

“We are confident, on the basis of continuing refinement, continuing assessment of the satellite data, that the search area is correct.”