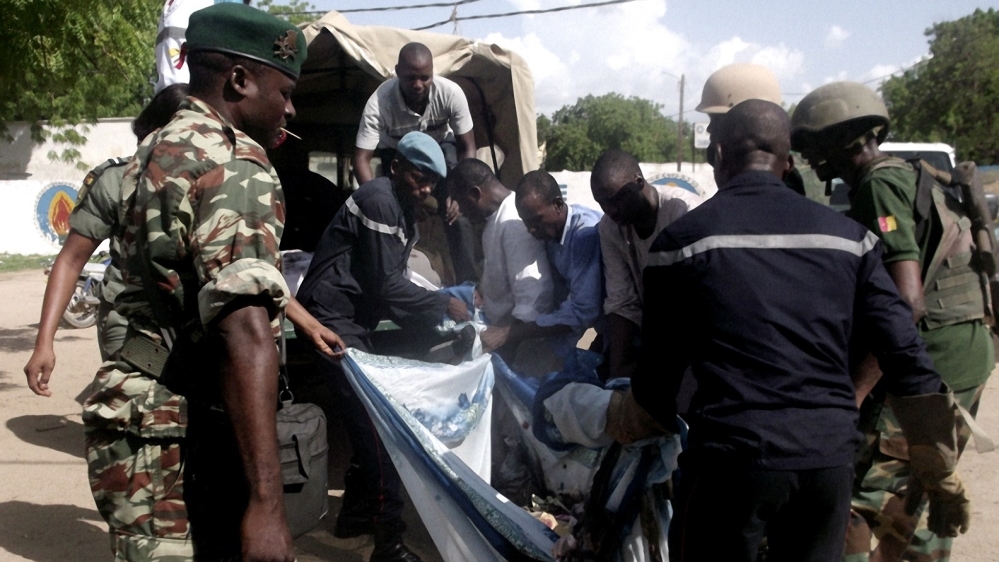 At least 10 people have been killed after a suicide bomber detonated an explosive at a popular night spot in the town of Maroua in northern Cameroon, three days after two attacks there, authorities say.

A local official, who was reportedly at the scene of the attack, told Reuters that the suicide bomber was a woman.

While there was no immediate claim of responsibility, fighters from Boko Haram have been blamed for scores of attacks in the region this year.

On Wednesday this week, in separate attacks in the town, explosives worn by two young girls detonated, killing at least 20 people and injuring at least another 22.

One of the girls was at a central market and the other was at the adjoining Hausa neighbourhood when the explosives detonated.

Authorities later told the Associated Press that one of the girls, aged nine, was disguised as a begger before the explosives went off.

Boko Haram, which was founded in neighbouring Nigeria, has vowed to attack Cameroon because the country has supported the Nigerian military’s mission to defeat the group.