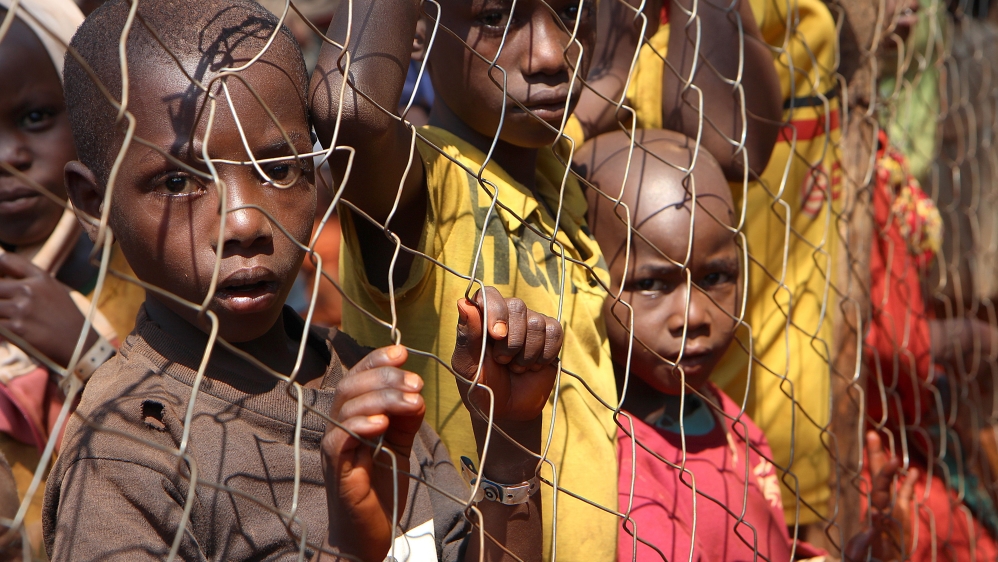 About 2,500 Burundians are fleeing the unrest in the country into Tanzania every week, overwhelming aid agencies who say refugee facilities had now reached “breaking point”.

Doctors without Borders (MSF) told Al Jazeera on Wednesday that the Nyarugusu refugee camp near the Tanzanian town of Kasulu, close to the border with Burundi, was simply not coping with the number of new arrivals.

MSF spokesperson said that aid agencies were struggling to provide sufficient food, water, shelter, and health care to those in need with the second camp still yet to be built.

“The UNHCR requested a second site from the authorities at the beginning of June but this has not worked so far,” Tim Shenk said.

Burundi has been embroiled in a political crisis since April when President Pierre Nkurunziza announced his intention to run for a third term in office prompting protests in the capital, Bujumbura.

In the months leading-up to the disputed presidential elections that were held on July 21, around 100 people had been killed and more than 167,000 others had fled to neighbouring Rwanda, Tanzania and the DR Congo, as violence and intimidation spread across the small east African country.

On Wednesday, electoral officials were still counting the votes. Results are expected on Thursday, with Nkurunziza expected to win after the elections were boycotted by the opposition who say conditions were neither free nor fair. The AU has also refused to endorse the elections.

Authorities say that Tanzania’s Nyarugusu camp, built in 1997 to host a maximum of 50,000 refugees displaced from the civil war in DR Congo, is quickly reaching 250 percent of its actual capacity. Together with the 65,000 Congolese refugees already at Nyarugusu, there are now 135,000 refugees in the camp.

Given the ongoing tensions and continued clashes on the streets between opposition supporters and police, aid agencies are concerned the crisis will only deepen.

“[We are] expecting a bigger influx of Burundian refugees into Tanzania. Looking at the newest UNHCR figures, there have been nearly an additional 6,000 individuals who have fled the country overnight,” Sarah Pickwick, senior conflict advisor of NGO World Vision UK told Al Jazeera.

“There is an urgent need for funding to ensure that we meet the critical needs. The UN reports that its £207 million appeal for the entire regional crisis in May has only been 13 percent funded. This is the primary reason for the conditions we are presently seeing within Nyarugusu where the overstretched camp has thousands of refugees living in squalid and deplorable conditions,” Pickwick said.

The UNHCR said on Wednesday that more than 79,000 Burundians had arrived in Tanzania since May, including some 2,015 between 12-19 July alone. The UN estimates that 500 people were arriving everyday.