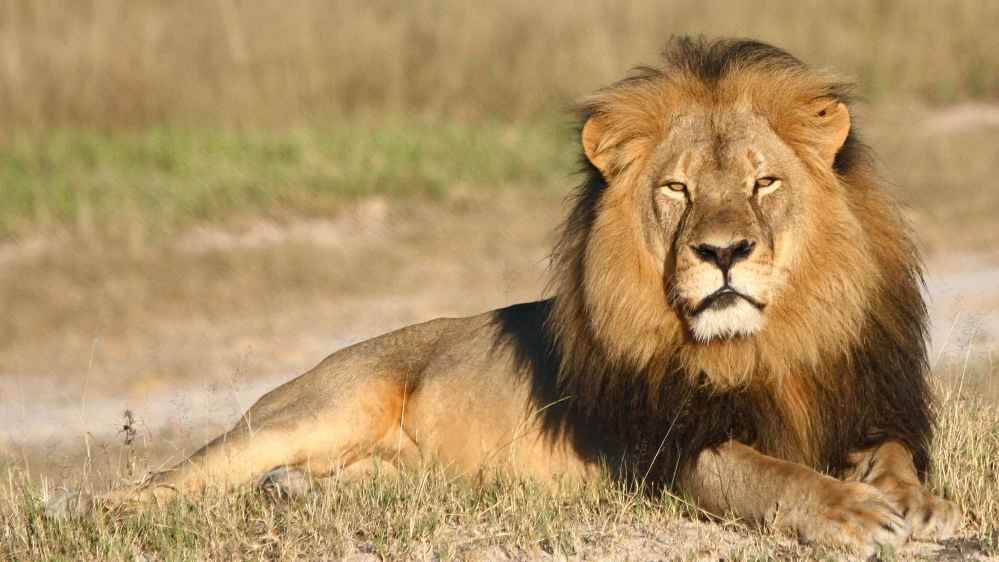 A United States dentist who has become the target of worldwide outrage for hunting and killing a protected lion in Zimbabwe has written to his patients to apologise for the disruption to services at his Minnesota clinic.

Walter James Palmer remained out of the public eye on Wednesday in the face of protests at his suburban Minneapolis clinic and intense condemnation online.

He has not appeared in public since being identified Tuesday as being involved in the lion’s death.

In Zimbabwe, a hunting guide and a farm owner appeared in court on Wednesday on allegations they helped Palmer kill the lion named Cecil.

The men were accused of aiding Palmer, who reportedly paid $50,000 to track and kill a lion.

Local hunter Theo Bronkhorst appeared in a court in Hwange, 800km west of Harare, and was charged with “failing to supervise, control and take reasonable steps to prevent an unlawful hunt”.

He pleaded not guilty to the charge and was set free after posting $1,000 bail and depositing his passport with the court. He will return to court on August 5 for trial.

Game park owner Honest Ndlovu, who is also accused of assisting Palmer, was not charged on Wednesday and parks officials said he would first give evidence for the state and be charged later.

Apologising for the disruption to services at his clinic, Palmer, 55, referenced his Zimbabwe hunt in a note to his patients.

“I understand and respect that not everyone shares the same views on hunting,” he wrote in the letter, which was obtained by the local Fox television affiliate, KMSP.

“I had no idea that the lion I took was a known, local favorite, was collared and part of a study until the end of the hunt.

“I relied on the expertise of my local professional guides to ensure a legal hunt. I have not been contacted by authorities in Zimbabwe or in the US about this situation, but will assist them in any inquiries they may have.

“Again, I deeply regret that my pursuit of an activity I love and practice responsibly and legally resulted in the taking of this lion. That was never my intention.”

Palmer, whose clinic offers general and cosmetic dentistry, is an active big-game hunter, with many kills to his name.

The US Fish and Wildlife Service said it was “deeply concerned about the recent killing of Cecil the lion”.

“We are currently gathering facts about the issue and working with officials in Zimbabwe, as requested,” it said in a statement on Wednesday.

“It is up to all of us – not just the people of Africa – to ensure that healthy, wild populations of animals continue to roam the savanna for generations to come.”